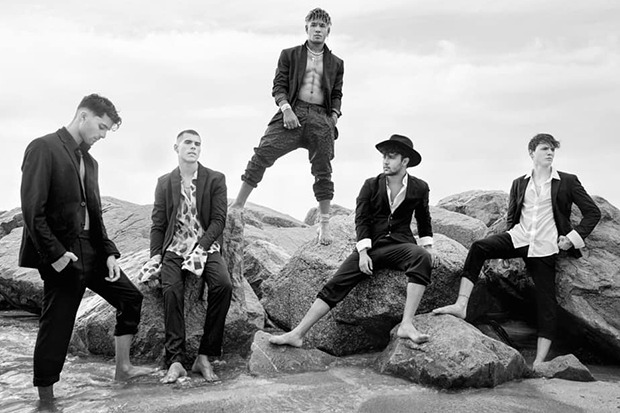 CNCO has pressed pause on their much-anticipated third album to release a collection of covers. Déjà Vu is comprised of new versions of Latin-pop songs that inspired the boy band including lead single “Tan Enamorados.” The quintet brings Ricardo Montaner’s ’80s classic into 2020 with slick production, but still pays homage to the decade from which it originates in the video. Directed by Carlos Perez, the clip finds CNCO recreating scenes from New Kids On The Block’s iconic “(You’ve Got It) The Right Stuff” visual.

How did Déjà Vu come about? “At the beginning of quarantine, we took some time off after being on the road for the past few years,” CNCO explains. “We were all able to reconnect with our families and have time to think back on all we’ve accomplished, and what kind of music inspired us to get here. There was a collection of songs that immediately came to mind, these romantic ballads that we all love to sing along to. While we take some time to work on our own original songs, we decided to have some fun and bring back some of the classic songs from the past.”

Check out CNCO’s Déjà Vu tracklist below and pre-order the album here. You can watch the boy band’s epic “Tan Enamorados” video at the bottom of the post.