Mariah Carey Recorded An Alt-Rock Album In The ’90s 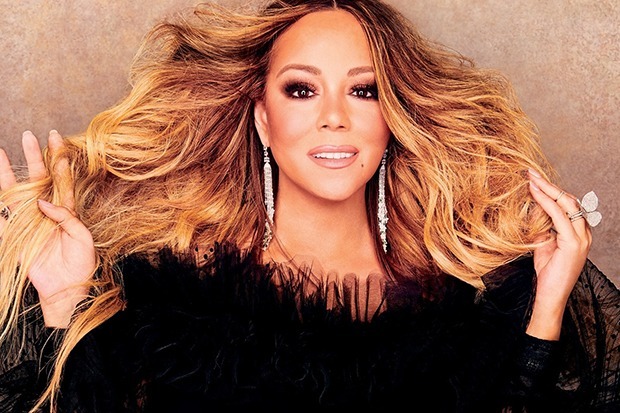 When I tell you I didn’t see this one coming! Mariah Carey sent Lambs into a braying frenzy this morning (September 27) by revealing that she made an alt-rock album in the ’90s while recording Daydream. “Fun fact: I did an alternative album while I was making Daydream,” Mimi tweeted. “Just for laughs, but it got me through some dark days. Here’s a little of what I wrote about it in [The Meaning Of Mariah Carey]. The living legend then shared a couple of pages from her memoir and a snippet of a rock song.

“I’d bring my little alt-rock song to the band and hum a silly guitar riff,” the 19-time chart-topper reminisces in her book (which you can pre-order here). “They would pick it up and we would record it immediately. It was irreverent, raw, and urgent, and the band got into it. I actually started to love some of the songs. I would fully commit to my character. I was playing with the style of the breezy-grunge, punk-light white female singers who were popular at the time. You know the ones who seemed to be so carefree with their feelings and their image.”

“They could be angry, angsty, and messy, with old shoes, wrinkled slips, and unruly eyebrows, while every move I made was so calculated and manicured,” Mariah mused. “I wanted to break free, let loose, and express my misery — but I also wanted to laugh. I totally looked forward to doing my alter-ego band sessions after Daydream each night.” See Mimi’s tweet and listen to a snippet of “Chick” below. It goes without saying that we need the WHOLE alt-rock album on CD, cassette and picture-disc vinyl.

Fun fact: I did an alternative album while I was making Daydream 👀 Just for laughs, but it got me through some dark days. Here's a little of what I wrote about it in #TheMeaningOfMariahCarey 🤟 S/O to my friend Clarissa who performs the lead w/ me as a hidden layer #Chick #TMOMC pic.twitter.com/Re23t5whcd