Lost Hit: Kylie Minogue’s “Butterfly” Should Have Been A Single 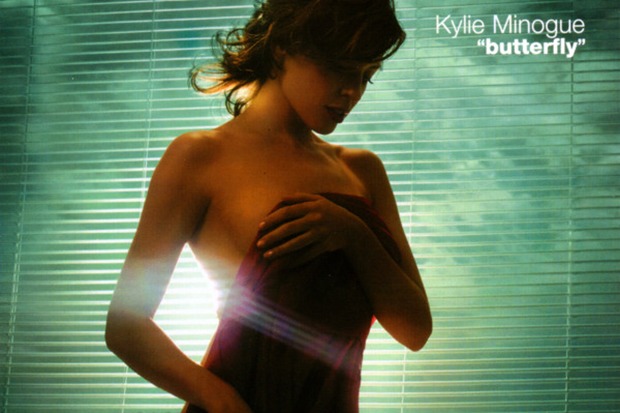 Few pop stars enjoy one imperial phase, let alone two. But that’s what Kylie Minogue achieved with her career-reviving Light Years. The project returned her to the very top of the pop ladder (a view she first enjoyed in the late 1980s) and began a run of 16 consecutive UK top 10 hits. Given the role the album played in cementing her legacy, it feels a little redundant to speak of missed opportunities, but fans are still arguing — 20 years later — about the choice of singles. Particularly, the 4th.

After landing three massive hits with “Spinning Around,” “On A Night Like This” and the Robbie Williams-assisted “Kids,” the stakes were unusually high. Another smash would seal Kylie’s comeback, while an underperforming song might call it into question. Fans hard lobbied for “Your Disco Needs You,” going as far as protesting her record label. For whatever reason, Parlophone didn’t budge — opting for the Latin-flavored “Please Stay.” I adore that song (and its iconic firehouse-themed visual), but there was a third option.

And that’s “Butterfly.” Time has taken its toll on the fluttery banger somewhat, but it was very much on-trend in 2000. With club music taking over the wider music industry, particularly in Europe, this could have introduced Kylie to a whole new audience. Not only that, but it was absolutely catchy enough to please pop aficionados. “You are more than you’ll ever know and your love teaches me to grow,” the pop icon coos over Mark Picchiotti’s cascading synths. “You are more than my everything and your love gives me wings — like a butterfly.”

Interestingly, “Butterfly” was the only single from Light Years officially released in the US. Without so much as a video or physical release (still the norm back then), the dizzying bop became a club hit — peaking at number 14 on Billboard Dance Club Songs chart. It was subsequently added to the US release of Fever because of its popularity. I can’t help but think it would have been a worldwide hit with a visual and promo campaign. Revisit “Butterfly” on the 20th anniversary of Light Years below.