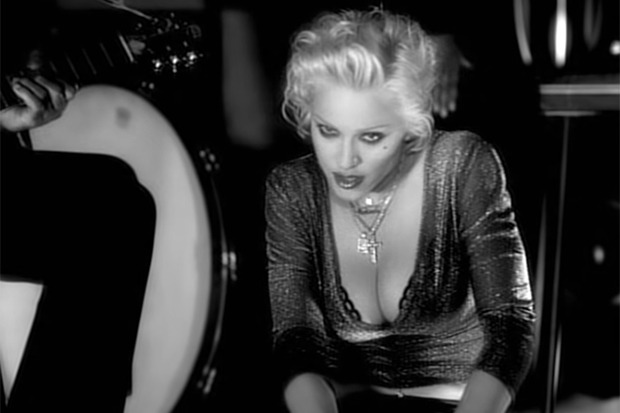 Madonna has been full of surprises in 2020. The Queen of Pop actually acknowledged a couple of significant anniversaries (she is notoriously unsentimental), made a cameo on Dua Lipa’s Club Future Nostalgia, started writing her own biopic and, somewhat randomly, added a bunch of “Secret” remixes to streaming services. The sexy 62-year-old now goes a step further by uploading a high definition version of the iconic visual to YouTube. If nothing else, it’s as good a reason as any to revisit one of the true gems in Madonna’s discography.

“Things haven’t been the same, since you came into my life,” the superstar croons over Dallas Austin’s melodic production. “You found a way to touch my soul and I’m never, ever, ever gonna let it go.” That takes us to the hugely catchy chorus. “Something’s comin’ over mmm mmm, something’s comin’ over mmm mmm,” Madonna purrs. “My baby’s got a secret.” With “Secret,” the enduring hitmaker not only overhauled her sound, but also her image in the stunning, black-and-white video. Check out the clip, which was directed by Melodie McDaniel, below.