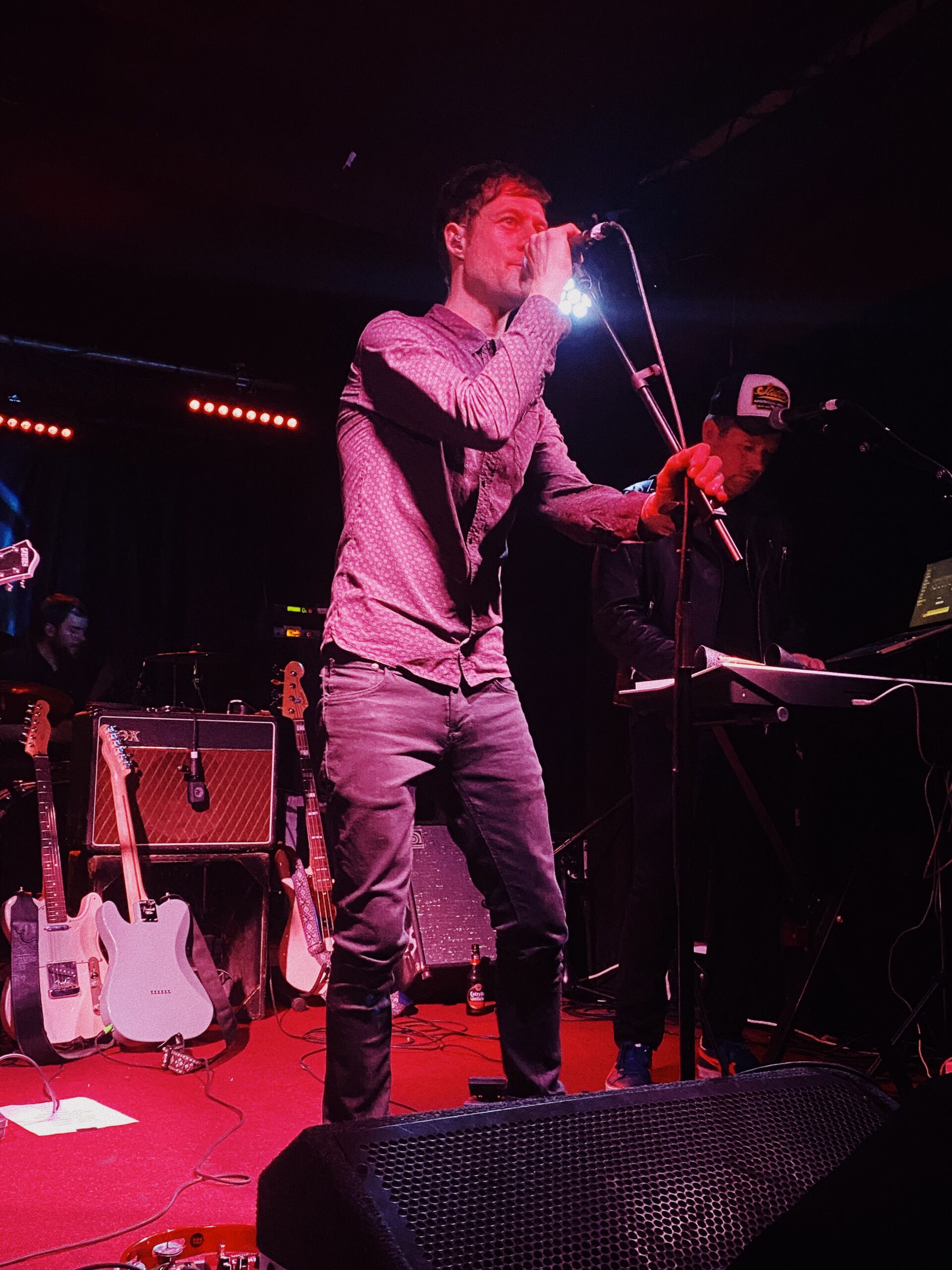 If you’re not familiar with Sea Fever, they’re a Mancunian five piece consisting of talented musicians from various bands of renowned status – including New Order, Johnny Marr’s band, Haven and Section 25. Last Friday saw the release of their debut album, Folding Lines and what better way to celebrate than with a hometown show at one of our favourite independent venues, Manchester’s Night & Day – a much smaller stage than they’re all most likely to be used to!

Starting their set by fusing electronics with clanging guitars on the album’s catchy opening track, ‘Crossed Wires’, the band instantly impressed with their polished sound. Next was the live debut of the multi-layered masterpiece that is ‘Under Duress’ – highlighting both the strength and complimentary nature of Iwan Gronow and Beth Cassidy’s vocals. Iwan’s been touring with Johnny Marr since the launch of his solo career, so it was particularly interesting to see his move from bassist to frontman – a move that he seemed more than comfortable with!

The band raced through a setlist of eleven tracks, all of which received a rapturous response – with highlights including the intense yet irresistible ‘Afterthought’ and the albums title track ‘Folding Lines’, with its ominous melody and dark harmonies. Led by Beth’s stunning vocals, ‘Folding Lines’ is perfectly crafted to reflect the talents of the entire band – though it’s not the only track that does this and the band were on fire from start to finish.

From it’s striking drum intro, ‘Satellite’ had the crowd dancing and it was hard to believe that we were at an album launch. Another crowd favourite was ‘De Facto’ – a driving electronic cut that saw Iwan without an instrument as he tackled the fast paced lyrics, whilst Beth got well and truly lost in the music. The sheer energy coming from the stage was staggering, yet the band made each and every track look effortless – even when it came to their final song, ‘Built To Last’. With its pummelling beat and jaunty nature, ‘Built To Last’ is potentially the most anthemic track on the album, making it the perfect end to a perfect set.

Not only is it pleasing to see that Sea Fever have a created a path and fresh sound of their own – despite their link to some of the cities most influential bands – but it’s amazing to see how much they enjoy playing together. With an explosive debut album and smiles aplenty exchanged throughout their live sets, we think they’re as glad as we are that they were able to launch the band and long may they continue!