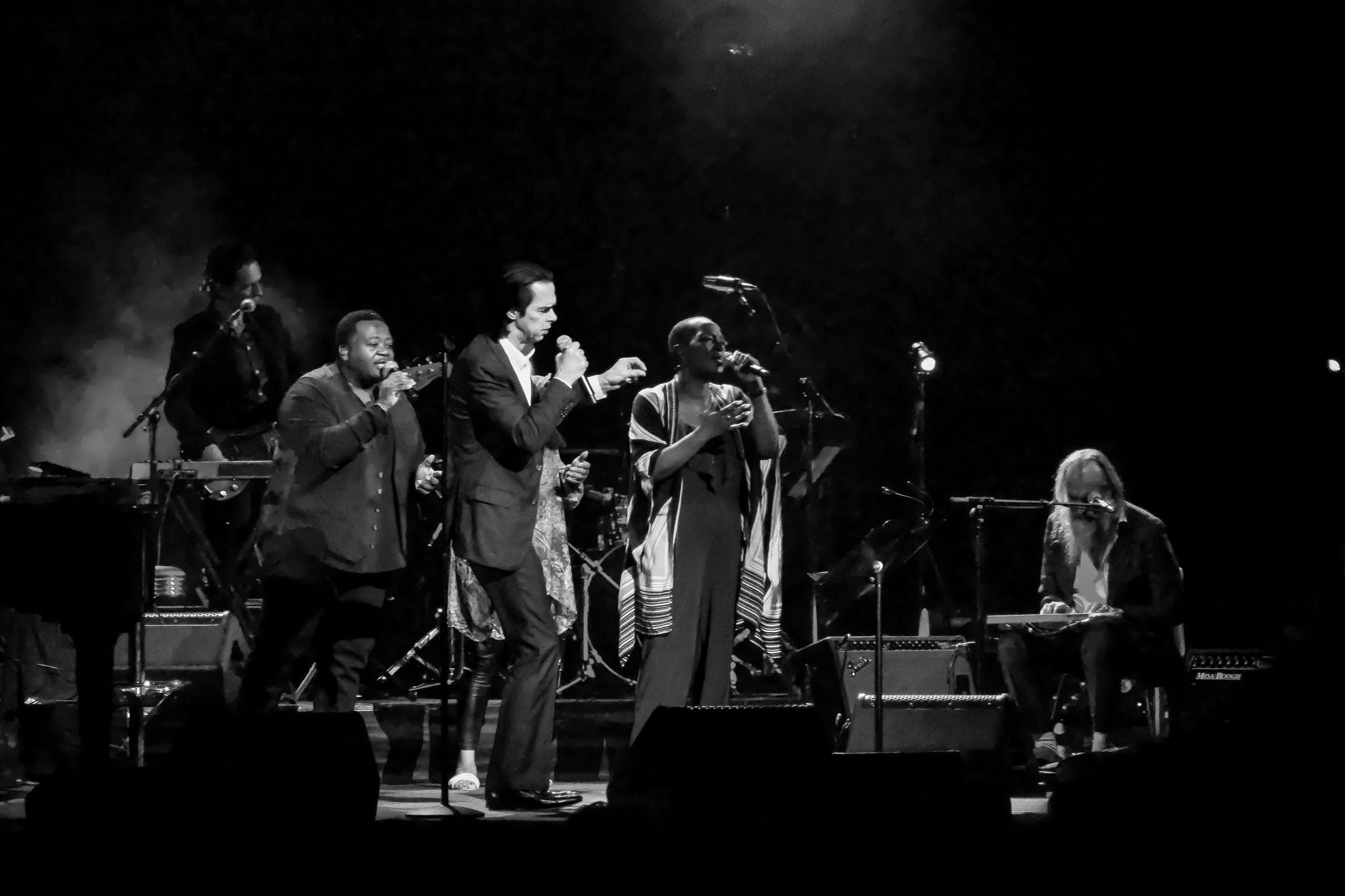 “This is from our new album. The album is called Carnage. The song is also called…Carnage. Carnage-on-Tees.” Nick Cave introduces the title song from the debut album recorded by himself and his long-time Bad Seeds’ bandmate, brilliant multi-instrumentalist and chief musical collaborator Warren Ellis, making a playful reference to the County Durham market town in which we all find ourselves this evening.

Perhaps he is talking about the fighting on the forecourts that continues to take place outside, though its impact upon those travelling here by car appears negligible as the venue is absolutely packed to the rafters. The Globe Theatre in Stockton-on-Tees opened in 1935. Prior to its recent major refurbishment and official reopening only yesterday, the quite splendid Art Deco building had regularly held live music shows up until 1974. Amongst the many acts to have previously graced its stage were The Beatles who famously played here on the very same date that JFK was assassinated. 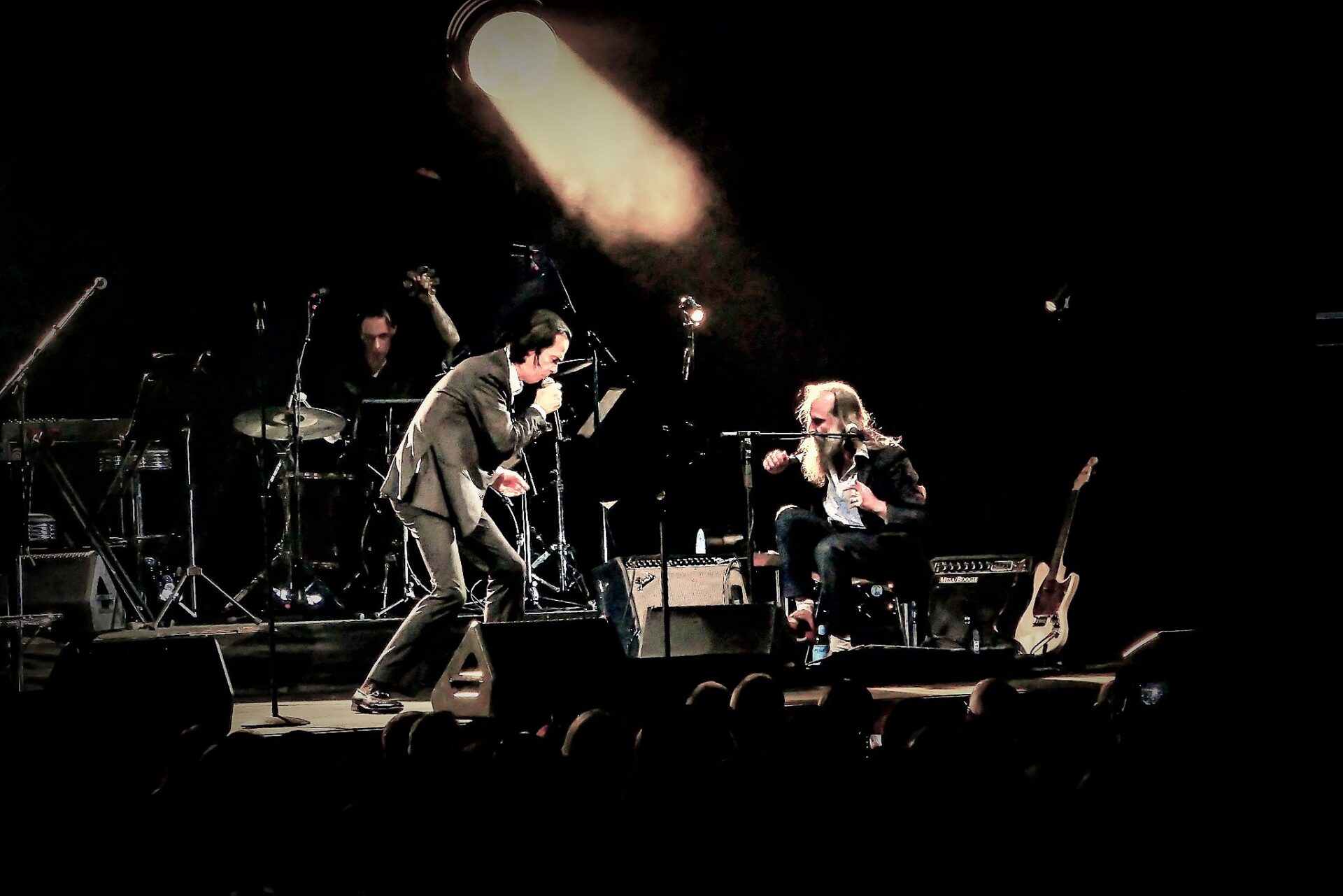 Tragedy also stalks Carnage and the last Bad Seeds’ album Ghosteen at every turn. Nick Cave and the Bad Seeds had been scheduled to tour that album last year, but the coronavirus pandemic swiftly put paid to all those plans. This, then, is the first opportunity for audiences to experience that album in a live setting and Nick Cave and Warren Ellis duly open with ‘Spinning Song’ from that record. The aching beauty of this stark fable has Cave reflecting upon the stages of grief. “And I love you, and I love you, and I love you. Peace will come, and peace will come, and peace will come in time”, he sings against the whirring backdrop of Ellis’s dramatic instrumentation. Knowing that the genesis of many of these songs was the death of Cave’s teenage son Arthur in 2015, listening to it is almost too much to bear.

Warren Ellis sits stage left in front of his consul of electronics, violin and flute, an instrument he theatrically picks up for the first time tonight for the penultimate encore of the night, ‘Breathless’. Nick Cave prowls back and forth across the edge of the stage, a hypnotic presence, pencil-thin, immaculately dressed in a navy-blue suit looking every inch a modern-day Messiah of cool. Behind the two principals stand the French multi-instrumentalist Johnny Hostile and three backing vocalists – T Jae Cole, Janet Rasmus and Wendi Rose – who add an even greater emotional texture and depth to these most beautiful and often harrowing of songs.

Four songs in and ‘Carnage’, the song, moves the performance onto another plane and into another dimension altogether, heightening the sheer emotional impact of the experience as it does so. “I always seem to be saying goodbye” sings Cave on its opening line, concluding in the chorus “And I hope to see you again.” It would perhaps be easy to interpret it all as either a form of redemption or catharsis but by the time that the concert concludes with an almost celebratory ‘Ghosteen Speaks’ some 135 minutes after it had begun, and the entire audience is up on its feet in what is collective open-mouthed admiration and untrammelled adulation, you begin to see it all as a magnificent triumph over what has to be devastating personal adversity. 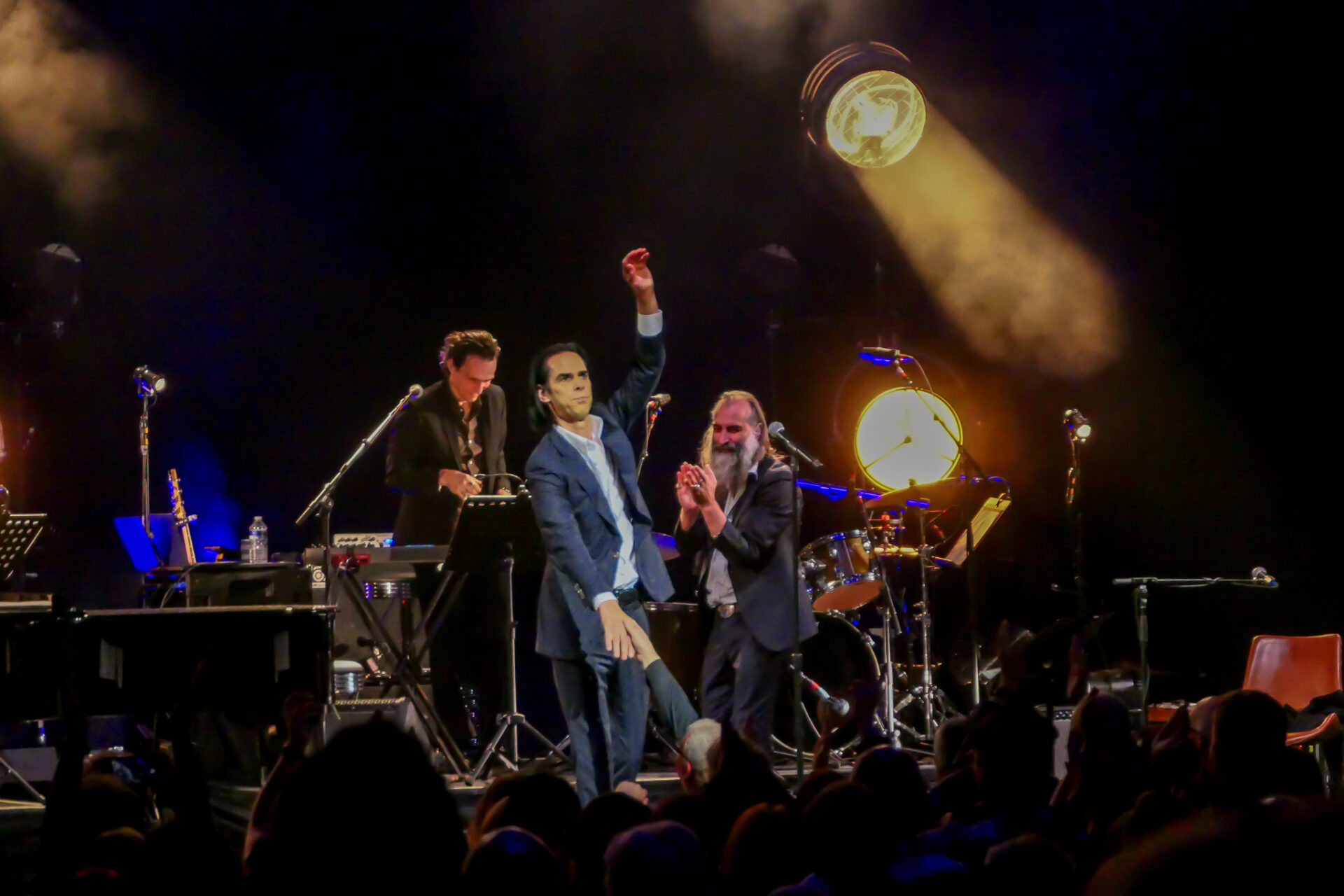 Some more photos from this show are HERE