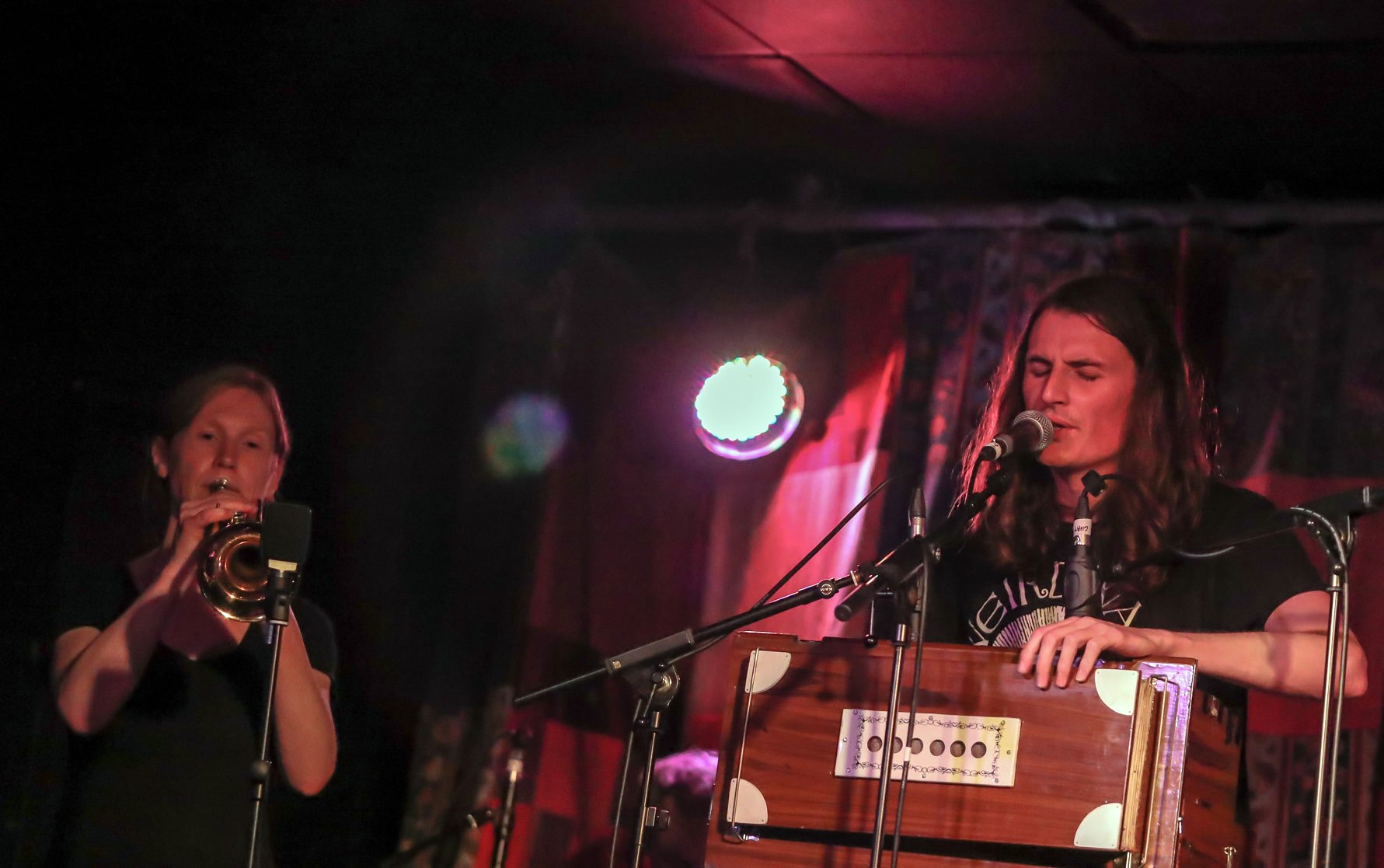 Having just returned from Green Man only 24 hours beforehand, there are clearly marked differences between that festival and this evening’s event. The two locations lie some 250 miles apart. And they clearly operate on two completely different scales, not least that some 25,000 people poured onto the Glanusk Estate in South Wales last weekend and there are probably only about 50 folks in the Crescent tonight. But in many other respects the two occasions are fundamentally the same.

They each provide us with the opportunity to experience live music in as safe and secure an environment as responsibly managed precautions will allow in the current coronavirus climate. Given the devastation that Covid-19 had wreaked on the live music industry during that period, they provide countless musicians with the chance to perform in public for the very first time in more than 18 months. And as was also the case at Green Man, each and every one of them here tonight is absolutely thrilled to be back out there doing what they do. 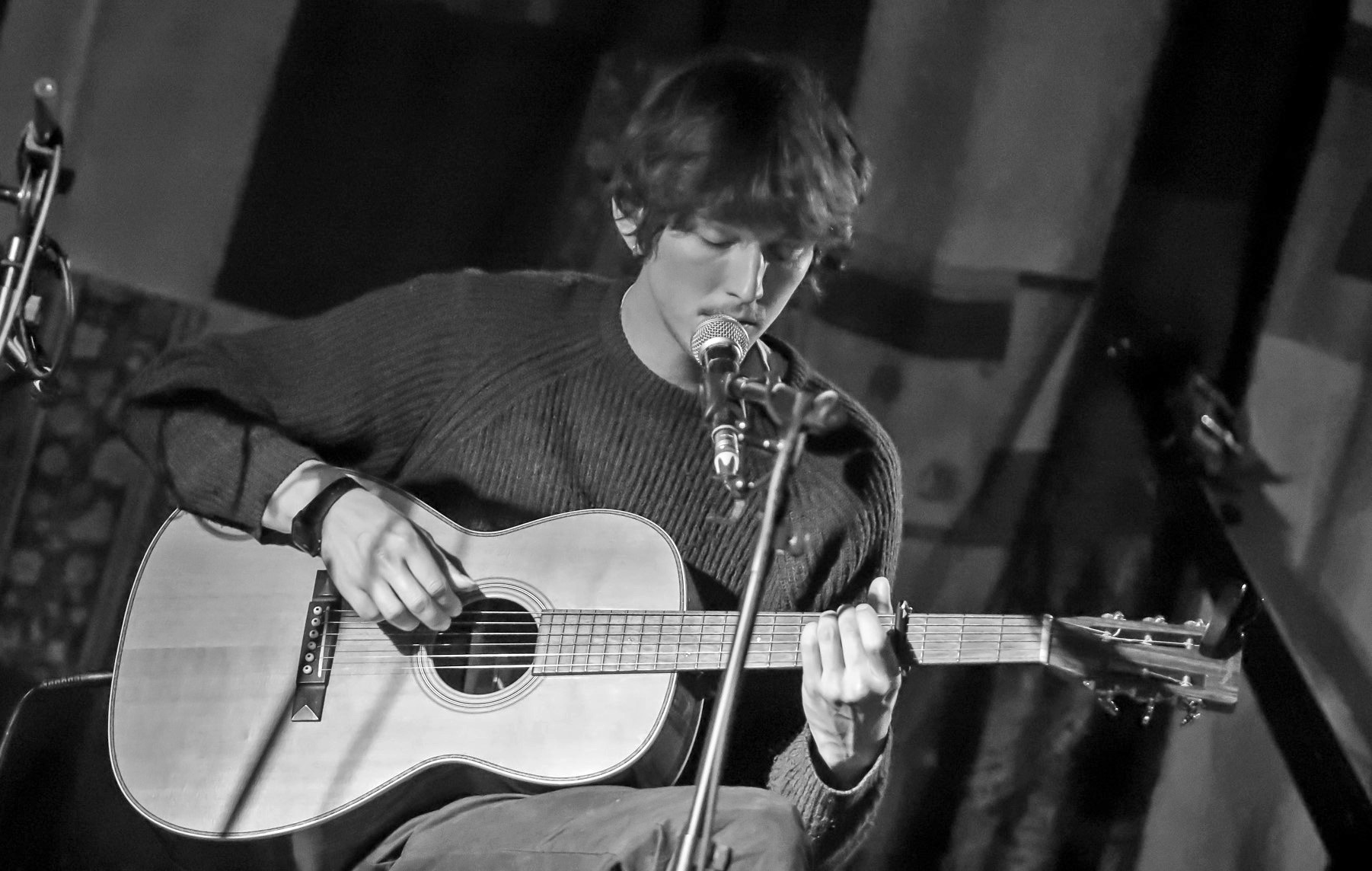 The Leeds’ singer-songwriter Chris Brain is the first to embrace that feeling. He deftly delivers half a dozen of his own songs, each one illustrating his deep love of the natural world. In a voice that will undoubtedly draw comparisons with that of Nick Drake, he sings of birds, comets and the glory of the sun, each one evoking an atmosphere that transcends time and place.

There is also a timelessness in the music of Brain’s fellow singer-songwriter Amy May Ellis, something which she effortlessly entwines with a dreamy, almost otherworldly quality. She draws the first three songs from her recent EP When in the Wind, with her other three destined for a future release. They are all imbued with a gentle grace as she delicately conjures up a world that is blessed with much beauty. Her auctioning off one of her father’s marrows for a local charity whilst she tuned her guitar just added to her undoubted charm. 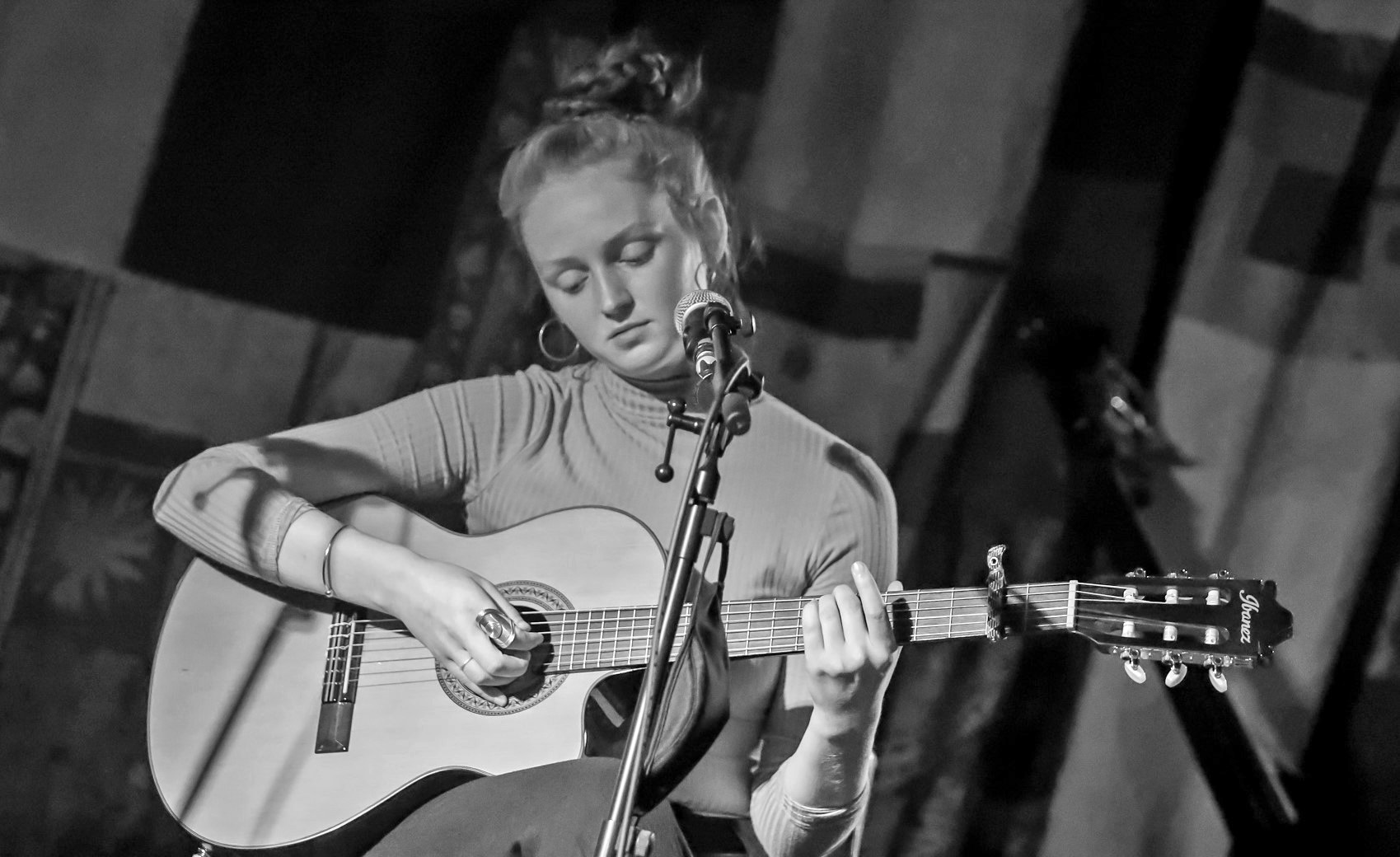 It is more than two years since Jim Ghedi last played a live concert. He has been far from idle in the interim, having recorded and released the album In the Furrows of Common Place during lockdown. It is that record he performs here tonight in its entirety, from start to finish. Backed by the nucleus of the band who had played on the album – Neil Heppleston (double bass), Guy Whittaker (drums and percussion) and Sally Smith (trumpet, flugelhorn and harmonium) alongside David Grubb (fiddle) – Ghedi is galvanised by being back in a live setting. Even on first listen – as it is this evening for this reviewer – In the Furrows of Common Place is a remarkable piece of work. On it, Jim Ghedi keeps the traditional flame of folk music very much alight with a series of spectacular arrangements that equally reimagine the past. He ends with a tumultuous version of the old ballad ‘Son David’ – an interpretation of which leans towards that of the late Scots’ folk singer Jeannie Robertson – as he accurately conveys the fraternal conflict, death and destruction that lies at the very heart of the song.

As live music slowly starts to rise from the ashes of the coronavirus pandemic, this concert reflects all that is great about such a shared experience. With all of its unbridled passion, excitement and sense of community, live music brings people together and for that we must be truly grateful to all of these musicians, the local promoter Please Please You and the good folks of the Crescent for enabling us to be part of it.

A few more photos from this show are HERE