Kylie Minogue & Delta Goodrem Perform “When You Wish Upon A Star” 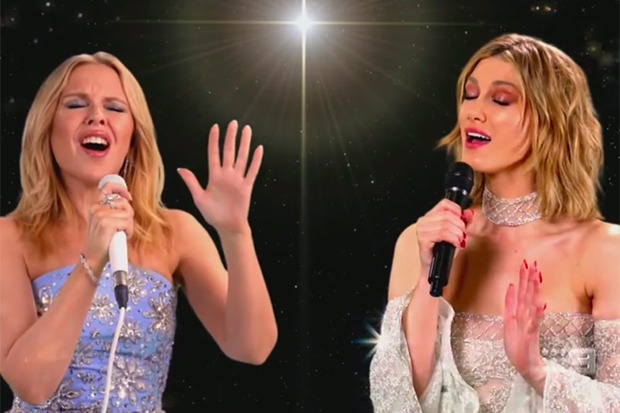 In Australia, Kylie Minogue and Delta Goodrem have a combined tally of 19 number one hits. The pop stars finally came together for a duet on last night’s A Delta Christmas (an Aussie TV special) and wowed viewers with a divine interpretation of “When You Wish Upon A Star.” Although Kylie beamed in from London, you would never know it thanks to the use of modern technology. The hitmakers appear to be sitting side by side as they trade vocal runs and harmonize with each other.

Both women have had incredibly busy years. Kylie launched the DISCO era, breaking chart records in the UK and Australia in the process. As for Delta, well, she released a Christmas album, Only Santa Knows, and teased her seventh studio recording with a steady stream of very good singles including “Keep Climbing,” “Paralyzed” and, my favorite, “Solid Gold.” Watch two of Australia’s best pop exports in action below.