King Princess Returns With “Only Time Makes It Human” 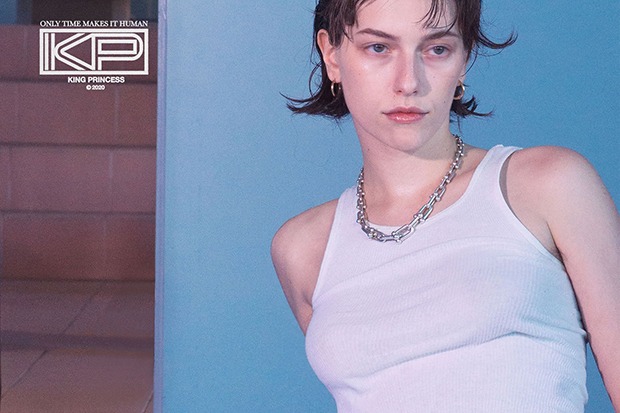 And she’s back! King Princess’s Cheap Queen stood out as one of the best debut albums of 2019, which means that expectations are high for whatever she does next. Happily, the 21-year-old proves up to the challenge on new single “Only Time Makes It Human” — an electro-pop detour about breakup hell. “I wanna know about letting go, cutting all ties could be beautiful,” the singer/songwriter begins over beats co-produced with Mike Malchicoff. “I know I told you to never call, it pisses me off how you never call.”

That takes us to the chorus. “I keep on selling all my problems and she’ll be the one who buys ’em,” King Princess sings. “All of my love became an album and I’m still the one who’s crying.” It wouldn’t be a KP release without a mind-bending visual and she comes through on that front too with an eerie video featuring an avatar created by 3D artist Pastelae. In some ways, it reminds me on her “Talia” clip — only with the roles reversed (or perhaps inverted). Check out the Quinn Wilson-directed mind-fuck below.