Katy Perry Performs “Not The End Of The World” Live 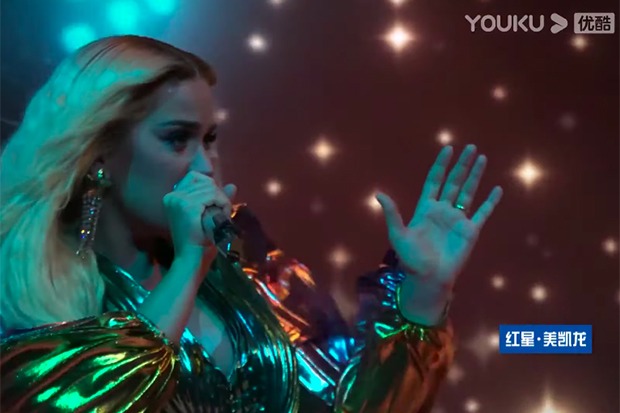 Katy Perry is back to work. The new-mom performed Smile highlight “Not The End Of The World” at last night’s (November 9) 2020 Tmall Double 11 Gala. What is that exactly? Well, according to Google it’s a Chinese online shopping festival. I still don’t get it, but I want it to happen in the US. As for Katy, she beamed in from Los Angeles — serving vocals and elaborate green-screen effects. The pop star really doesn’t get enough credit for her cutting-edge quarantine performances.

It was also an interesting choice of song. Thematically, it feels appropriate given the prospect of a new US government. However, if Katy wants to release another single from Smile, the obvious contender is “Cry About It Later.” That bop has amassed more than 40 million streams without promotion — by far the most for a non-single from the album — and been warmly embraced by fans. With a cute visual and a little promo, there’s no reason why it can’t become a breakout hit. Anyway, watch Katy’s latest performance below.