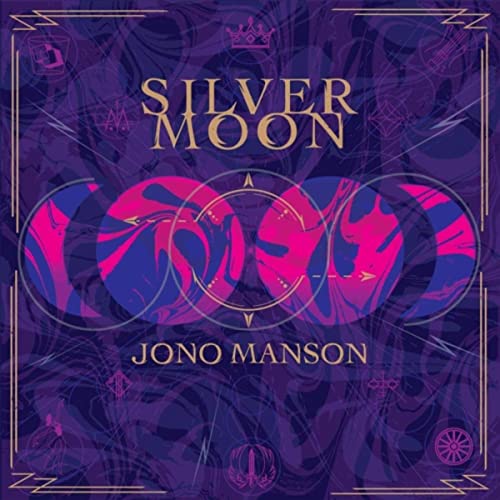 Listening to Jono Manson’s 10th solo album—with its abundance of instant-grabber hooks and smartly constructed riffs, shiny melodies and warm harmonies, confident, seductive vocal performances and intelligent, relatable story lines—you have to wonder one thing. Why isn’t this guy famous? Manson has been at it for more than five decades, a denizen of the New York City club scene and beyond. His particular spin on Americana draws lines between glorious power-pop and tough-ass barroom rock, rootsy blues and twangy folk-rock, and his friends on this album include contemporaries Warren Haynes and Joan Osborne. Self-produced, with all of the tunes written in whole or in part by Manson himself, the LP is full of imminently listenable music—as in, you can play it again and again without tiring of it. “Home Again to You,” the first track on Silver Moon, is Tom Petty-level hummable—the kind of upbeat tune The Lovin’ Spoonful would’ve called good-time music. “After everything that we’ve been through, loving everything that’s real and true/ There is little anyone can do to stop me coming home again to you,” Manson sings, and you believe him, no questions asked. The title track, featuring Haynes on slide, rides along a Southern-rock route, and “The Christian Thing,” with guest vocalists Terry Allen and Eliza Gilkyson, is a refreshingly practical meditation on the ever-thorny topic of religion. Sings Manson, “Love is my salvation, I need no second birth/ I still believe in paradise, here upon the Earth/ With conscience as my compass, my heart will know the route/ And I’ll strive walk in righteousness; the Christian thing to do.” Too much to deal with? Try “I’m a Pig,” or the resplendently gleaming “Only a Dream,” or anything, really. You can’t go wrong here.