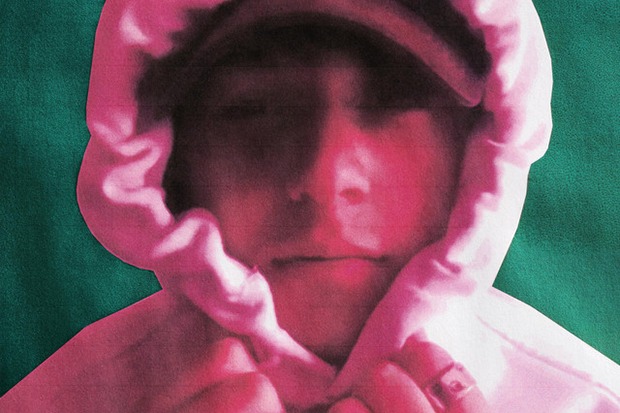 Daniel Briskin first made waves in 2018 with a pair of independently-released singles, “Come With Me” and “Colder Homes.” Only, instead of diving head-first into the music industry, the 19-year-old took a step back and spent the next couple of years honing his craft. He returned in early September with an eerily beautiful dark-pop anthem called “Boy On The Lake,” which was inspired by 2004 cult film Mean Creek. It’s the lead single from the North Londoner’s much-anticipated debut mixtape, Forever Was A Feeling.

I recently spoke to the newcomer about the inspiration for “Boy On The Lake,” finding humanity in flaws and telling stories via sonics. Daniel also opened up about working with famed producer Jamie Reynolds, his eclectic influences (everything from horror movies to The Beatles and Now compilations) and the narrative that runs through Forever Was A Feeling. Other topics covered include making music in 2020 and his next couple of projects. Get to know the breakout star a little better in our Q&A below.

How did Mean Creek inspire “Boy On The Lake”?

I think at the time when I was actually writing “Boy On The Lake” and making the original demo, it was at a point in my life where I was quite down. I related to that feeling of drowning. It’s quite morbid, but I guess that’s where I saw it resonating. People aren’t perfect. In the film, the character who drowns… he has issues like everyone. I just resonated with the character. I felt like it was a real low for me.

It’s rather unusual to write a pop song from the perspective of a deeply flawed protagonist.

I think the flaws are what make him human. You learn more about the character as the film goes on, and I feel like it’s an imitation of life. His character, I almost see it as a concept of life — if you get me? He has all his flaws, but at the core, he just wants to make friends, have a good time. It’s almost more tragic because you have that human element.

Would you say that ultimately the song is about personal growth?

Yes, definitely. It’s about the journey, that through-line and the narrative. Sonics is a really good way to do that. You look at a lot of music that’s coming out now. I think of Travis Scott off the top of my head, who really has these dynamic shifts in sonics. I feel like it helps move the narrative along.

I wanted to ask you a little bit about the gap between “Come With Me” and “Colder Homes.”

I always knew that I wanted to do music from a really young age. That was always something I followed. When I released “Colder Homes,” I was in Year 11, so I was 16 at the time. I’d just finished my GCSEs, which are public exams that you do at 16 in England. You can go to college or A-Levels after. I decided to go to college, and it became this really toxic part of my life. I’d say I was going to college, and I’d sneak back home. It wasn’t a great time in my life. Those songs came out around that time.

After “Come With Me” came out, I got a message from my now-manager. I felt like “Colder Homes” and “Come With Me” weren’t a fully formed project. It’s not where I saw myself ending up. In those two years, I was just finding my feet and figuring out what music I really wanted to make.

How did you connect with Jamie Reynolds?

I was just with him just now. At the time, when I first started working with my management, they were just putting me in rooms with different producers and songwriters just to see if I was going to click with someone. We booked a day with Jamie and it just really worked. He was the first person that I felt that connection on a creative level. It just really worked, and it still does.

Did he produce the whole Forever Was A Feeling mixtape?

Jamie had the role of executive producer. I see the that role as him helping me craft things and helping with the sound palette as opposed to being hands-on — more like an old-school producer, if you get me?

Certainly. Is there a larger narrative that runs through the mixtape?

It tells the story of a relationship from start to finish, it’s cyclical. It starts with “Boy On The Lake,” which is just that very honest moment of like, “I’m in a bad place.” Then, it moves on to “Yellow,” which is about meeting someone and it just spirals from there. By the end of the mixtape, you’re out of the relationship… like “Break” is literally begging someone, “Don’t break on me.” And then there’s “18.” It’s a very free moment where it’s over, and you’re being young again. Then you start the whole cycle again.

Society tells us you need to find that person, you need to be in a relationship, you need to have a family, you need to have kids. Obviously, there’s nothing wrong with that, but that is imprinted on you from day one. It’s that expectation that people put on you to get into these relationships and do things straight away. It’s just about that journey and the cyclical nature of life.

Why did you opt for a mixtape instead of an EP?

I wanted to release a body of work. I think albums and mixtapes are kind of a lost art form now. There’s only so many people creating cohesive pieces of work, which is really what I want to do. So for me, it’s a no-brainer to piece this narrative together into something that makes sense. I love all of these songs equally. I want to release them all as a body of work.

You went viral on TikTok. What has your experience been like with that platform?

There’s a very heavy feeling. I know a lot of people who have really, really struggled during this time. Luckily, I found myself in a pretty decent place just before the lockdown happened in England. I have my family at home. I felt like it was a creative and not creative time at completely different points. There were a lot of ups and downs. It’s really hard to put it into one category because 2020 feels like it has been going on for years. But I don’t know if it’s had a profound impact on the mood of the music.

Have you been making music during lockdown?

The music that’s coming out now, I recorded just before lockdown. But I have been writing and making music throughout 2020. I love producing and writing. I just want to be able to make sounds. I have always been producing for other people, writing for other people literally anything I can. I did some sessions with some people over Zoom, which was really interesting. I started going into sessions more recently in real life with masks. It’s been a really interesting time. I feel like the world has just completely changed over this period of time.

I think it’s something that a lot of people have noticed and are taking heed of… that we shouldn’t really take our time for granted.

Which artists, both musical and visual, inspire you?

I grew up watching a lot of horror films, really quite weird. I’ve really been very into a lot of Rob Zombie stuff lately. I really like White Zombie. I wouldn’t say they’re a huge of me, it’s just what I’ve been listening to now. I love Jean-Michel Basquiat and I’m really, really into Genieve Figgis. Her art is amazing. Growing up, I guess one of my biggest influences was The Beatles. It was always on in the car. My dad would listen to their greatest hits on repeat.

As a kid, it was never nursery rhymes. It was either music that my parents loved or a Now compilation. I’ve always tried to keep those eclectic influences. I guess there’s a generation of people now who find exactly what they want. Even though I’m 19, I still grew up listening to the radio with my parents and what’s on is on. You have to listen to that. Whether it be Will Young or Guns N’ Roses. That mix of sounds definitely influenced me early.

Who are you listening to this year?

When are we getting more music from you?

I’ve got a few singles on the way. I’ve got one coming out in the next few weeks, and I’ve got a song called “Yellow” coming out with a music video. I just wanted all the music videos that I’m doing from here on to just be outside the norm. I like the idea of pairing pop music with non-traditional pop videos. I’ve obviously got the Forever Was A Feeling mixtape coming and I’m constantly working on music. I’m hopefully going to go make the second mixtape soon, which is going to be very exciting.

Thank you so much for you time.