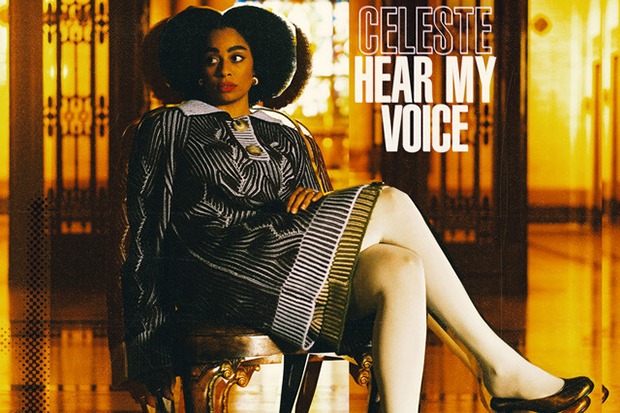 Everything Celeste touches turns to gold (see “Strange,” “I Can See The Change” and “Little Runaway” for proof). That’s also true of her contribution to The Trial Of The Chicago 7 soundtrack. The Brit teams up with famed composer Daniel Pemberton for the defiantly hopeful “Hear My Voice,” which is destined to be an awards contender. “You may think I won’t be heard, still I raise this hand, spread this word,” Celeste sings in the opening verse. “These words of fire, of hope and desire and now I’ll let them free.”

That unswerving faith turns into a war cry on the chorus. “Hear my voice, hear my dreams,” she belts. “Let us make a world in which we believe.” How did the song come together? “I am so grateful to be part of such an important and timely film,” Celeste reveals in the press release. “Daniel Pemberton and I wanted to create a song that would be as meaningful, relevant and powerful as Aaron Sorkin’s film. He’s a true visionary and it really is an honor to contribute to this story.” The Trial Of The Chicago 7 debuts on Netflix on October 16. Listen to the song below.