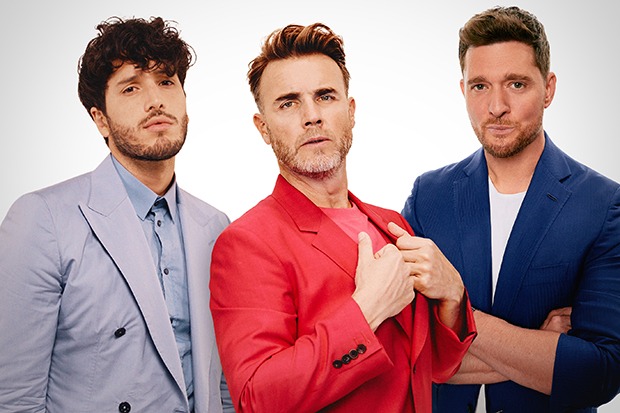 Take That legend Gary Barlow is releasing his fifth solo album, Music Played By Humans, on November 27 and he’s roped in some famous friends. The Brit taps Michael Bublé and Sebastián Yatra for lead single “Elita,” which is a playful big-band number with a Latin twist. “This is the first album I’ve made that’s really given me the opportunity to collaborate with this caliber of musicians on my songs,” Gary reveals. “‘Elita’ began as a duet with Michael until he suggested bringing Sebastián onto the record and that gave the song a whole new dynamic.”

“Elita” gives some indication of what’s to come on Music Played By Humans. “My ambition when we started this album was to create something really bright, a celebration of music and the wonderful musicians we have in the UK and around the world,” the 49-year-old elaborates. “Some of it is recorded with an orchestra, some with quartets, a Latin band, and some of the tracks have jazz and big band sections – it really is music played by people, hence the title of the album.” See the tracklist and watch the visual for “Elita” below.

9. Before We Get Too Old (ft Avishai Cohen)

12. What Leaving’s All About (ft Alesha Dixon)

13. The Kind Of Friend I Need (ft James Corden)

16. The Day The World Stopped Turning