Future Islands Drops Animated Video For “Born In A War” 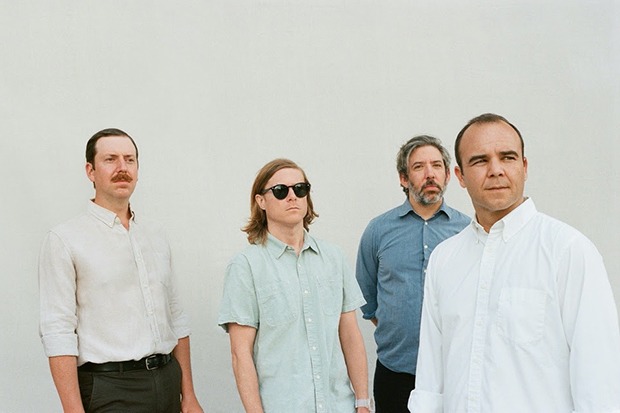 Future Islands’ 6th album, As Long As You Are, drops on Friday (October 9), but the band decided to squeeze in one more single before then. While the beloved, indie synth-pop outfit is usually content to explore matters of the heart, they venture into unfamiliar territory on “Born In A War,” a wake-up call of sorts that skewers capitalism and consumerism. “It’s all so temporary, life’s work don’t play that way,” Samuel T. Herring begins. “Life’s more than cash and carry, all your guns to your grave.”

The powerful anthem is accompanied by a stunning animated visual by artist Wayne White and his son Woodrow White. “We first met with Wayne White back in 2014 to discuss collaborating on a music video,” Future Islands explains in the press release. “We’ve been wanting to work with him since then. We’re stoked that we were finally able to work together on the video for ‘Born In A War.’ We love the puppets he created and his unique interpretation of the song.” The band also has another surprise for fans.

The guys will launch the As Long As You Are listening, together website on October 7, which offers fans the opportunity to hear the album early. Available to fans worldwide, the website will detect a person’s geographic location and, once enough people from the same area are online at the same time, the album stream will be unlocked. It opens at 10am ET, so login early. In the meantime, watch the quartet’s epic “Born In A War” visual below.