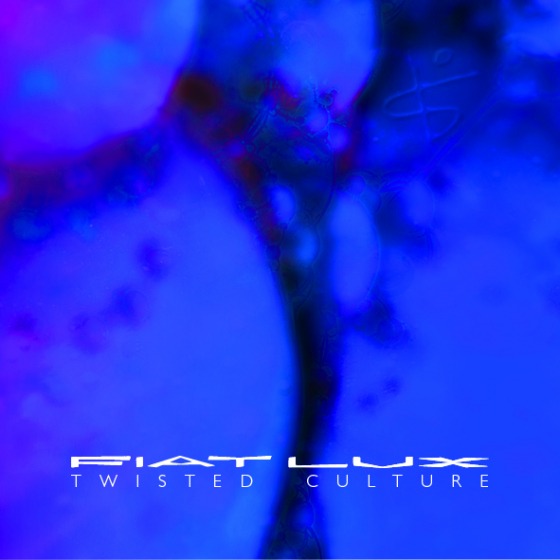 After the release of their debut album, Ark Of Embers, was delayed by just the three and a half decades, Fiat Lux continue to make up for lost time with the arrival of Twisted Culture just a couple of years on from the eventual appearance of that ‘lost’ debut AND an album of new material, Saved Symmetry. It’s a musical feast that fans of the synth pop band could only have dreamed of, following their original dissolution in 1985.

When the band reformed in 2019, they played their first live shows in 35 years, much to the delight of the discerning enthusiasts who had kept the band’s music close to their hearts for all those years. And there is a reason that the band was still revered all those years on – those early singles, (partly collected on 1984’s mini-album Hired History), were synth pop gems that stand up with anything that you will find on the myriad 80s compilations out there.

Fiat Lux’s music has always been a mixture of seemingly straight-ahead pop (though often with quite weighty lyrics) and more restless, almost uncomfortable, sounds. While Saved Symmetry was on the whole more in the direction of the former, (singles ‘Everyday In Heaven’ and ‘It’s You’ brimmed with a loved-up kind of optimism), Twisted Culture absorbs the heaviness of the intervening period, even including a microscopic photograph of the Covid virus on its sleeve, albeit with an amount of artistic licence (it’s tinted blue, for a start!).

The result is a record which will fascinate long-term fans; first of all it sounds a great deal fresher than many bands approaching a 40th anniversary and secondly it has a real urgency and vitality which is immediately clear from the opening track, (How Will We Ever) Work This Way, which was released as a single earlier this year. Singer Steve Wright and multi-instrumentalist / producer David P Crickmore are joined again by saxophonist Will Howard, who is an official Fiat Lux member these days following previous live work and recording with the band (original saxophone player Ian Nelson sadly passed away in 2006). Howard’s sax is integral to the sound of the album, particularly on the opener and second track ‘Cul De Sac’ where it appears like sunshine breaking through the clouds.

’Basement City Living’ is fast, the fastest song with the Fiat Lux brand so far and is driven by Crickmore’s elastic bass lines, Wright adding fragments of spoken lyrics addressing the cross section of scariness and vibrancy of their own experience of city living, while ‘The Night We Should Have Met’ is a complete contrast, a much lighter 5-minute-plus epic, Wright’s vocal delivery is perhaps his best on the album and the melody, driven by Howard this time on clarinet, is beautiful.

‘Tighter’ takes a look at those early Fiat Lux gig experiences in Wakefield and has a tension to match those nights of goths versus New Romantics at a time when music was a lot more tribal (it’s hard to imagine a group of fans for any band now being like those 80s fiercely possessive New Model Army fans, for instance!).

‘Hope’ is a pre-Covid composition that took on a new meaning, a reflective track with Crickmore’s E-bow guitar (he was taught by original producer / mentor Bill Nelson of Be Bop Deluxe, who was also brother of the band’s much missed Ian), and ‘It Wasn’t Supposed To Be Now’ is a more traditional Fiat Lux track including a winning chorus (perhaps a future single?).

The album closes out with the blissful ‘Breathe You In’, a tender song celebrating a new love and ‘This Is Your Lifetime’, a truly superb track with another brilliant Wright vocal, never over-singing, always empathetic to the music and subject matter. Crickmore’s production throughout really is excellent too, Twisted Culture really hangs together as a coherent piece of work despite the variety of material.

Twisted Culture is the sound of a band who are still relishing being back in existence. Even given the World’s difficulties during its inception over the last couple of years, it’s a record that has a lot of hope as well as maybe a little despair.

Twisted Culture is released by Splid Records on 5th November 2021.