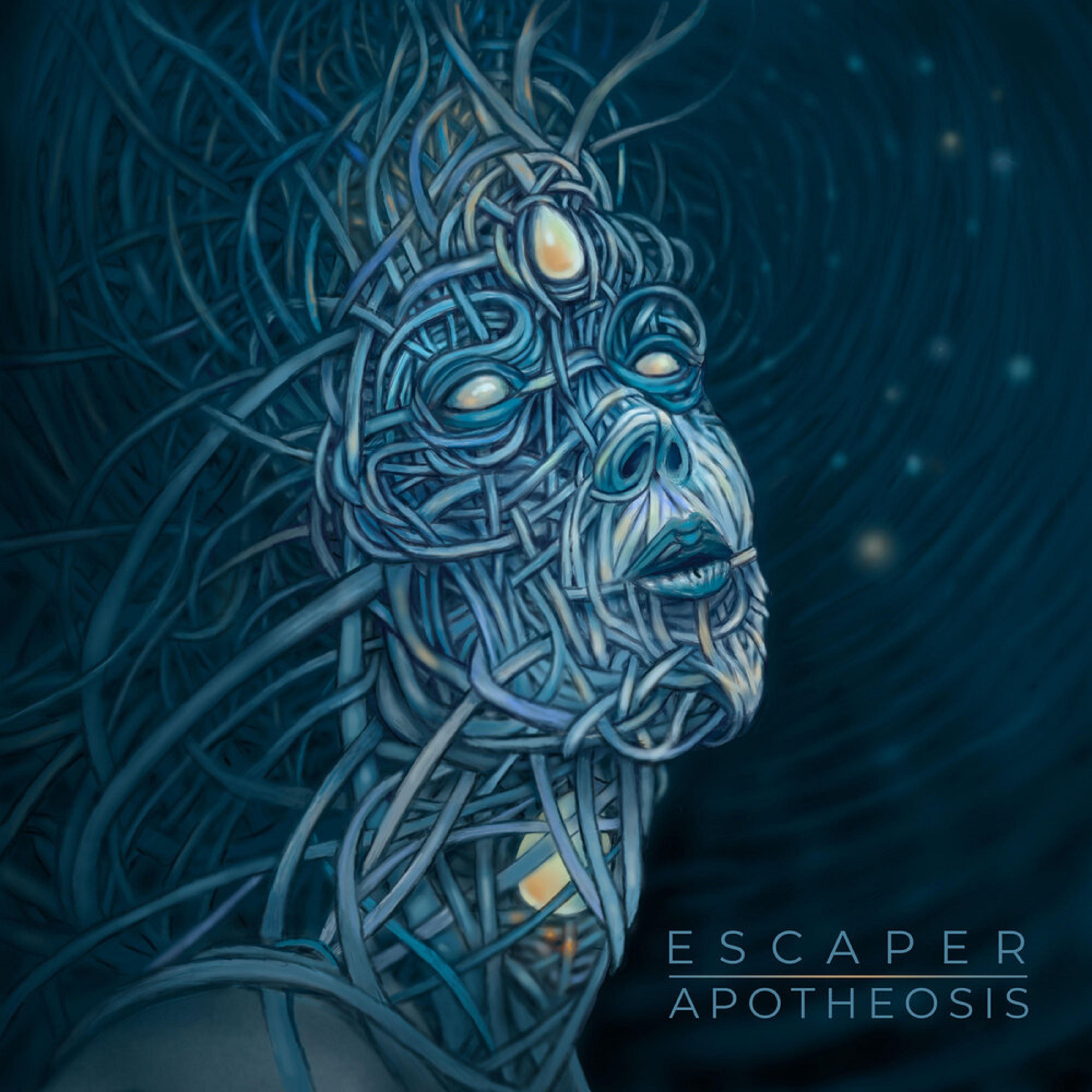 For their third studio album, Apotheosis, Brooklyn-based Escaper have evolved into their danciest form yet, serving up a slew of jam-rockers in a concise, 39-minute package. To kick off the six-track LP, listeners are welcomed by the electronic shuffle of “Vista,” anchored by the tactile basslines of Jay Giacomazzo. From there, the album gives way to the freedom of “Open Sky,” which implores the listener to “find a way to fly away.” (To this reviewer, it sounds like Tears for Fears’ long lost jamtronica cousin—nicely done.) Often, Escaper are led by the shreddy, endorphin-inducing guitar of Will Hanza, best heard on the mid-album peaks-and-valleys rocker of “Superhead.” Hanza is joined by the rhythm section of Giacomazzo and Ricky Petraglia (drums) as well as the multifaceted, organic-meets-electronic instrumentation of keysman Phil Kadet. All four members shine throughout Apotheosis and, no matter the setting, this release elicits all kinds of toe-tapping and head-banging. Synth, guitar, bass and drums bob-and-weave around one another beautifully in the studio setting, and once live music is allowed en masse, they’re sure to pack an extra punch onstage. Hanza has previously said the album is a testament to self actualization, and the smooth, effortless vibe of album closer “No Strings” echoes that notion. “I’ve got no strings attached” is the tune’s constant reminder, as the music surges and swells beneath. Then, in a moment, the sound is reduced to simply a voice and a keyboard. “I could be your remedy/ or just a distant memory,” Hanza concludes, leaving the listener wanting more. So much so that they might just give it a second listen right then and there.