David Bisbal & Carrie Underwood Team Up For “Tears Of Gold” 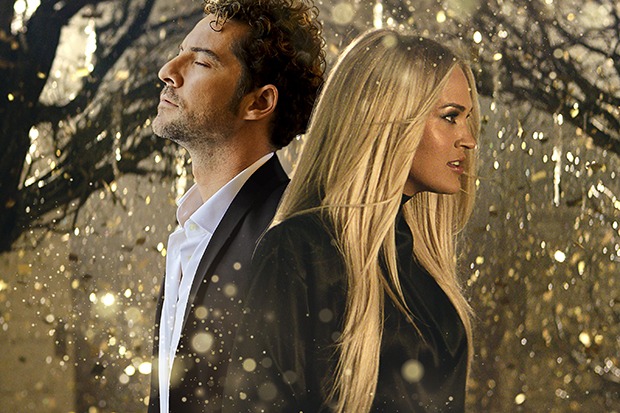 Well, this is a surprise! David Bisbal releases “Tears Of Gold” as the focus track from the upcoming reissue of En Tus Planes and it’s a bilingual duet with Carrie Underwood. “I hear them fallin’ a thousand miles away,” the Spanish superstar begins the song. “Nothing and no one is safe, from her eyes.” The country queen then steps up to the mic. “I’m drowning inside of the pain,” she belts. “The end of you and I.” That takes us to the massive chorus. “It’s the sweetest goodbye that I’ll ever know,” they harmonize. “‘Cause it’s rainin’ tears of gold.”

“I am very proud of our first collaboration,” David reveals in the press release. “The video was shot in Los Angeles and it was very special because I love Carrie and truly admire her courage. She has shown a profound admiration for the Spanish language with her wonderful vocals on the track and I am honored to collaborate with Carrie on her first bilingual Spanish song. I hope you enjoy the blend of country and pop music on ‘Tears of Gold’ as much as we do.” Watch the glamorous visual, which was directed by Alexis Morante, below.