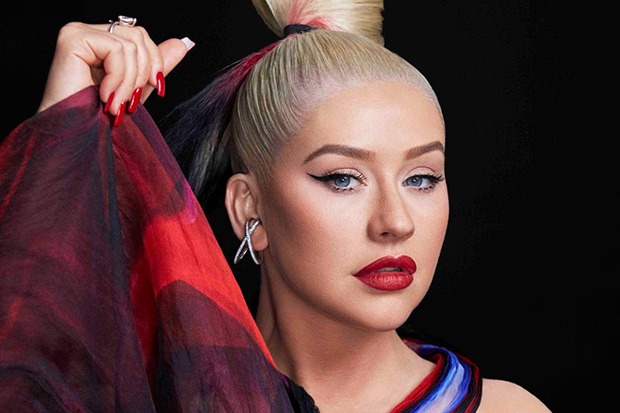 Christina Aguilera sat down With Apple Music’s Zane Lowe to talk about her ‘At Home With’ playlist, which comprised of songs by artists that influenced her. Legend X named Madonna as one her main inspirations. “Madonna, first of all, the queen of reinventing herself, was a huge inspiration,” she explained. “When I was little, I was not allowed to listen to her or watch her videos or anything. It was just like a no-no, but then whenever you grow up, and I discovered her catalog and her videos and the fact that she had such a message.”

“Her documentary, Truth or Dare, was a really big part of, ‘Oh my God, you don’t have to just, quote unquote, sing a song. You literally can just say so much more and go so much deeper.’ Truly, the way you see her image changed through the albums,” Christina continued. “I mean, that was a big inspiration for me to want to change it up, to want to keep pushing, to grow, to reinvent myself, to discover more things about me and myself as an artist.” Xtina also praised Queen Bey for inspiring generations of women.

“I have so much respect for Beyoncé,” the 39-year-old raves. “She always kind of stands in that lane of being true to her and what works for her… putting herself out there is such an empowering role model and figure for women as well. I love women that speak to women, being such a voice of empowerment. ‘Girls Who Run The World,’ I remember that being a Major Lazer song and I was obsessed with it. And I was like, ‘Oh man, Beyoncé went and took Major Lazer and made it, ‘Girls, who run the world?’ I was like, ‘What?’”

Oh, and rest assured that Christina is also working on new music of her own. “I’ve been in the studio all of quarantine, actually, experiencing new people, new relationships, new writers, COVID-safe, of course,” she revealed. “I’ve had a lot of time to think and to reevaluate some things around me during this time… if you can stay, I think, grounded in your own truth and being able to put a stop to what’s making you unhappy and being able to really pinpoint it, and you can come out of there in a really cool place. So yeah, I’m making music that is really meaningful to me right now.” Listen to the full interview here.