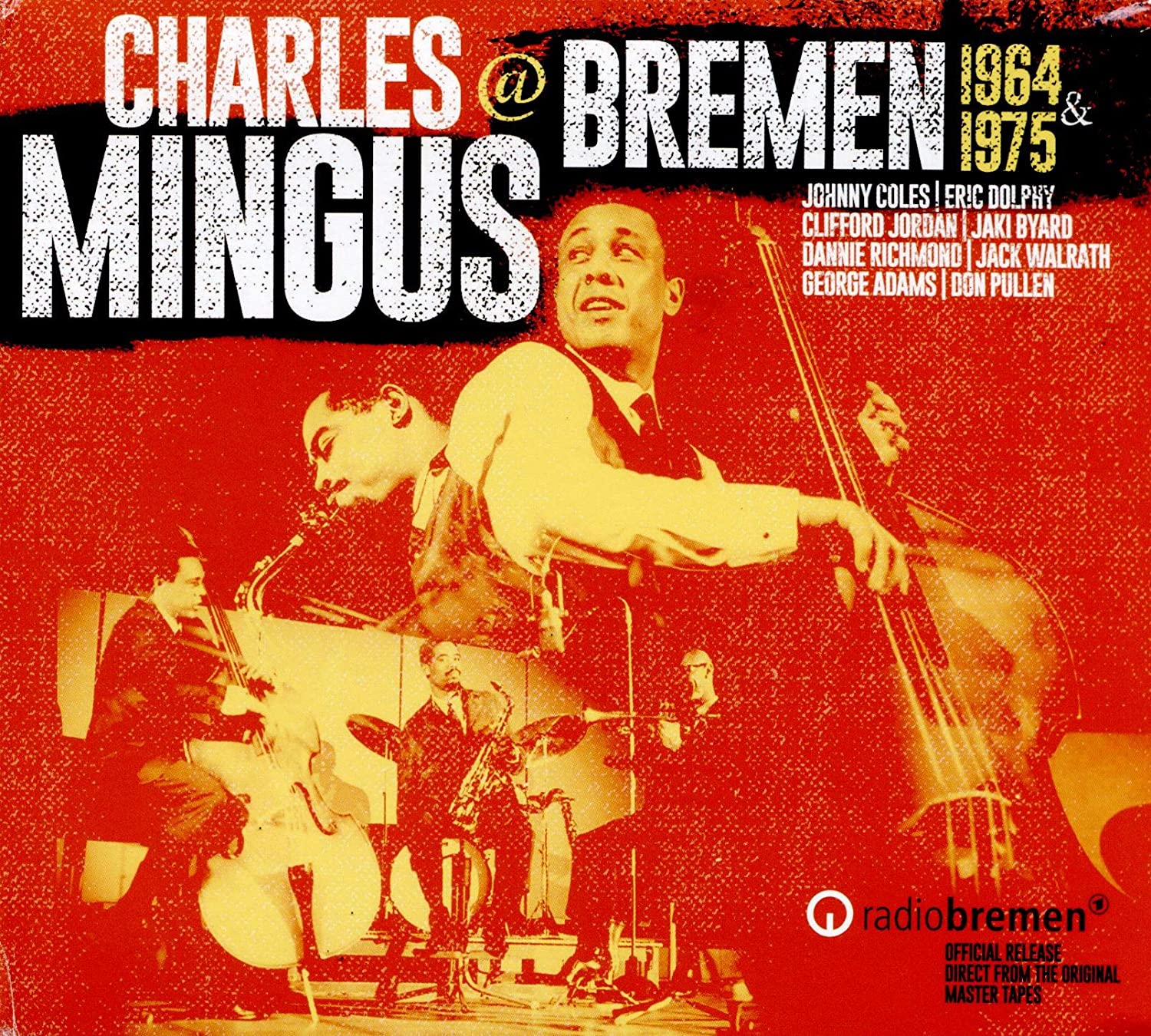 Charles Mingus @ Bremen 1964 & 1975 documents two magnificent concerts that the volatile jazz genius performed in the German seaside town nearly a decade apart. The bands were equally terrific, with outside woodwind legend Eric Dolphy, who died two months later, elevating the earlier group and pianist Don Pullen and tenor-sax juggernaut George Adams driving the later. The bandleading bassist extends “Fables of Faubus” and “Sue’s Changes” into half-hour epics that evoke a hazardous yet sometimes hilarious circus—lushed out with idiosyncratic Ellingtonia. And he proves himself to be one of jazz’s savvier social-justice provocateurs on “Remember Rockefeller at Attica” and “Meditations on Integration.”