BTS Kicks Off Week-Long Residency On ‘The Tonight Show’ 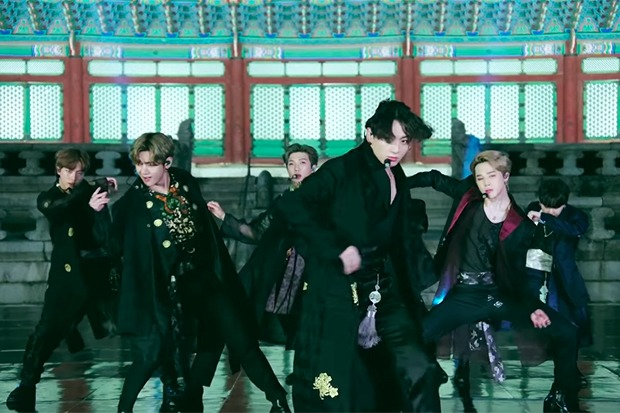 It’s shaping up to be another historic week for BTS. The biggest band on earth returned to number one on the Billboard Hot 100 with “Dynamite,” announced the imminent release of a feature on Jawsh 685 and Jason Derulo’s “Savage Love” remix AND kicked off a week-long residency on The Tonight Show Starring Jimmy Fallon. It almost goes without saying at this point, but BTS absolutely nailed their first performance. The hitmakers belted out “IDOL” in front of the majestic Geunjeongjeon Hall at Gyeongbokgung Palace.

While the setting was ancient, the K-Pop Kings delivered a forward-thinking performance with crisp choreography and live vocals. It’s a tantalizing start to BTS Week, which continues tonight with another, sure-to-be epic appearance. The only question is, what will they perform next? Something tells me they are keeping “Dynamite” for last, so maybe “Boy With Luv,” “Black Swan” or “ON.” Whatever the guys choose, it’s going to be spectacular. Watch their sizzling rendition of “IDOL” below and check back as the post is updated with subsequent performances.