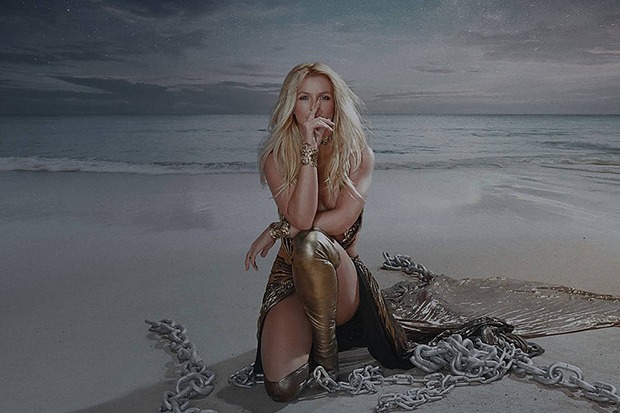 This is not a drill! Britney Spears has just released a new single called “Swimming In The Stars.” Originally recorded for Glory, the dreamy mid-tempo ballad is part of Urban Outfitters’ S11ngles Day. What is that exactly? The clothing/music retailer is releasing 11 limited edition vinyl singles by 11 different artists on November 11. Other releases include Katy Perry’s “I Kissed A Girl” and Demi Lovato’s “I Love Me,” but from the snippet that surfaced online, “Swimming In The Stars” sounds like the pick of the bunch.

“So let’s go, swimming in the stars tonight,” the pop icon belts on the instantly catchy chorus. “We’ll glow, like shimmer in the diamond light.” I’m already aching for a video and remixes. As exciting as this is, there is a catch. While “Swimming In The Stars” is technically released today, Urban Outfitters isn’t shipping the 7″ vinyl until January 15, 2021. So you will have to make do with the 12 second snippet (below) for the next two months. Hopefully, the song arrives on streaming services after a period of exclusivity. Order your copy here.

First clip of Swimming in the Stars by Queen @britneyspears, posted by @UrbanOutfitters 👸🏼💫 pic.twitter.com/wtI1CIoIp1