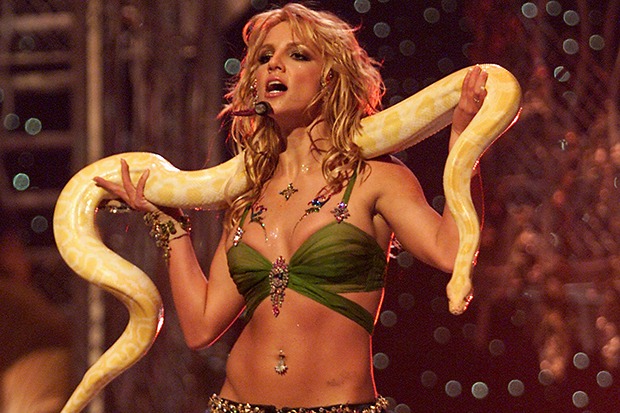 No pop star shone brighter than Britney Spears at the turn of the century. After breaking sales records and establishing herself as a global superstar with …Baby One More Time and Oops!… I Did It Again, the living legend decided to reinvent herself on 2001’s Britney. She continued to work with Swedish hitmaker Max Martin, but also hit the studio with The Neptunes and Darkchild. The result was an urban-pop record with significantly more edge than anything that came before it.

It’s never easy to shake off that teen-idol persona, but Britney did it better than most with “I’m A Slave 4 U.” Not only was the song a stone-cold bop (it still holds up incredibly well), the video was pure fire and she introduced it with one of the most iconic performances in the history of the MTV VMAs. Throw in a performance with Michael Jackson, the arrival of star-vehicle Crossroads and a full promo schedule and you have one of Britney’s best eras. Revisit the magic in my gallery up top.