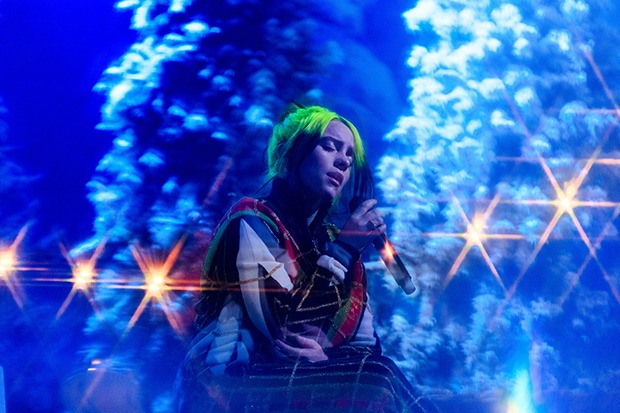 The 2020 iHeartRadio Jingle Ball Presented by Capital One was broadcast last night (December 10) and it boasted performances from some of the biggest names in music. Doja Cat opened the show with a sexy rendition of “Santa Baby,” before delivering the hits “Juicy” and “Say So.” Next up were Shawn Mendes and Sam Smith, followed by the ever-glamorous Dua Lipa who belted out “Levitating” and “Don’t Start Now” as well as a festive rendition of John Lennon and Yoko Ono’s “Happy Xmas (War Is Over).”

It was then Harry Styles’ turn to steal the show. He performed an outside set accompanied by members of The Free Nationals. Songs included “Adore You,” “Golden” and “Watermelon Sugar.” The show was rounded out by performances from Lewis Capaldi (in a Santa suit), Billie Eilish (who tackled holiday standard “Silver Bells”) and The Weeknd. The Grammy-snubbed Canadian belted out “Blinding Lights” and “In Your Eyes.” Click through our gallery of pics up top.