BENEE Is Back With Weird & Wonderful “Snail” 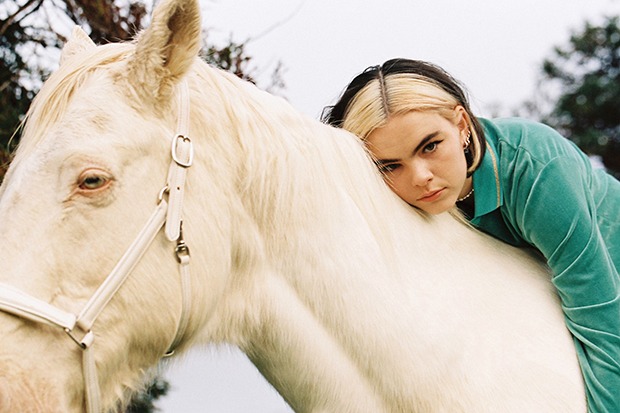 EDIT: The post has been updated with BENEE’s mind-bending “Snail” video. Check it out below.

Lockdown is playing tricks on all of us. In the case of breakout pop star BENEE, it prompted her to write a wonderfully demented pop song about a mollusk. “Wonder why you stay inside, I can’t talk, can’t speak my mind,” she begins over Josh Fountain’s bleeps and beeps. “Why you wanna waste your time? Why don’t you join me outside?” Things get even kookier on the chorus. “I’m like a snail, you’re a guy,” the Kiwi hitmaker, who went viral with “Supalonely,” sings. “When it’s day hideaway, but come out when it rains.”

So what inspired the offbeat bop? “I was still in my lockdown mode, and I wrote about me being a snail,” BENEE told Zane Lowe on Apple Music. It turns out that she was inspired by the gastropod’s freedom. “I was in lockdown looking at this little snail having a good old time, being free, doing its own little thing, like, ‘Come join me in the rain.’ Really was just me writing nonsense and also still kind of a bit loopy from lockdown.” In other BENEE news, her debut album is coming together nicely and due later this year. Listen to “Snail” below.