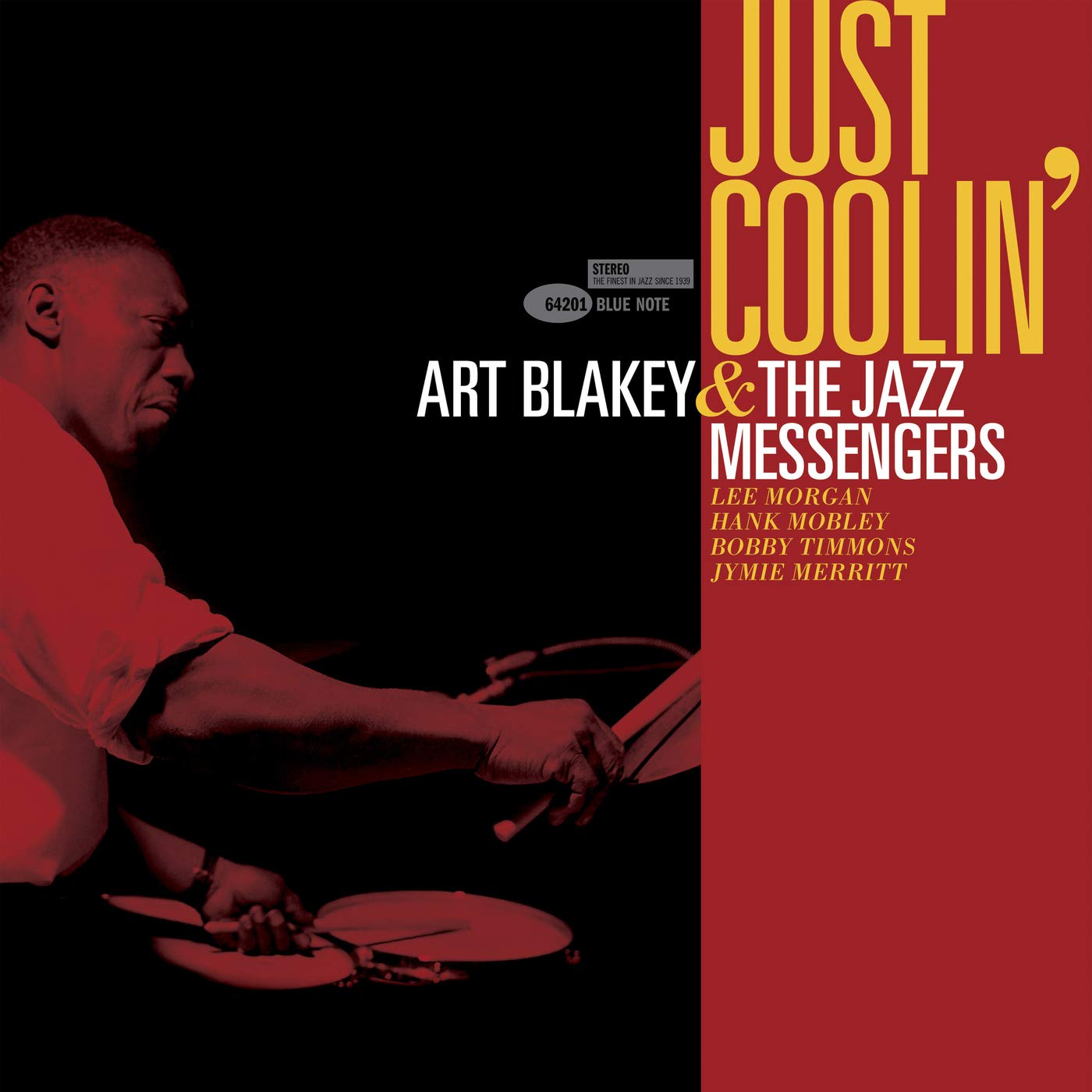 Drummer Art Blakey’s Jazz Messengers were essentially a school for up-and-coming players throughout their 35- year run—the band’s ever-changing lineup, at one time or another, housed the likes of Wayne Shorter, Freddie Hubbard, Donald Byrd, Keith Jarrett, Woody Shaw, Cedar Walton and, in their later years, Terence Blanchard, Mulgrew Miller and Wynton Marsalis. As jazz evolved, so too did the Jazz Messengers, although the original hard-bop root was never far from the surface and, of course, Blakey’s unyielding rhythmic base and indomitable swing continually powered the unit, regardless of who else was around. Just Coolin’ is a previously unreleased recording that somehow slipped through the cracks at Blue Note following the March 1959 session that birthed it. Featuring a short-lived lineup of trumpeter Lee Morgan, tenor saxophonist Hank Mobley (a returnee from the original mid-‘50s lineup, keeping the sax chair warm for Shorter), pianist Bobby Timmons, bassist Jymie Merritt and, naturally, Blakey, half of the album’s six tunes were penned by Mobley; another, “Quick Trick,” was a previously unrecorded Timmons number. Of the Mobley tunes, the first, “Hipsippy Blues,” is particularly rich with ace musicianship—solo turns by Mobley, Morgan and Timmons are concise but well-framed, and the rhythm section never wavers in its commitment to keeping things lively. The title track, just under nine-minutes long, is a tour de force of late-‘50s jazz, classic bop that offers hints toward where the music might be heading in the coming years. The recording is a true find; if it had been released in its own time, then it would have been considered as essential as Moanin’ and The Big Beat, its nearest neighbors in the group’s discography.