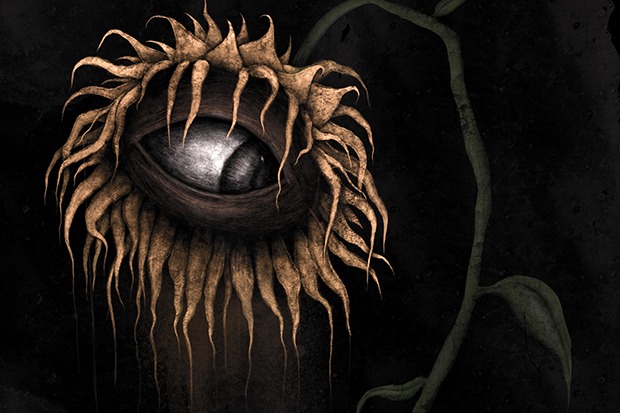 Being born into music royalty is a blessing and a curse. Pedigree will open doors, but it comes with the kind of piercing scrutiny that newcomers are usually spared. Paris Jackson has managed to sidestep that somewhat by opting for an extremely low-key debut. She first tested the waters by forming a duo with LA-based rocker Gabriel Glenn called The Soundflowers. Their self-titled EP made it crystal clear that Paris was determined to walk a very different path to the King of Pop and the rest of her famous family.

Her journey now continues on wilted. The 22-year-old pivots again by stripping away the rock elements of The Soundflowers. What’s left is a sparse, often haunting approach to alternative folk that showcases Paris’ razor-sharp pen and soft, dreamy vocals. In many ways, wilted is a throwback to the ’90s when female singer/songwriters like Joan Osborne, Natalie Merchant, PJ Harvey and Tori Amos ruled alt-radio with their dark, deeply personal songs.

The result is an album that consistently impresses with its intimacy and imagery. For someone so young, it’s notable that one of the major themes of wilted is death. At least figuratively. While all the songs deal with matters of the heart, Paris is decidedly more interested in the scarring that occurs during or immediately after the bitter end. Take “let down.” The album’s haunting lead single finds our heroine at emotional rock bottom (“break me, flush me down the drain”), while “eyelids” takes us back in time to the breakup.

That gem features the vocals of Andy Hull, who produced wilted in its entirety. In the Manchester Orchestra frontman, Paris has found the perfect co-pilot. Whether it’s the deceptively upbeat guitars that camouflage the desperation and deep sadness of “undone” or the ominous piano keys that elevate “scorpio rising,” this is a creative union that works. The title track is a great example. At times sparse, then tentatively soaring, “wilted” is a descent into the abyss. “Wither away like bones to dust, shrivel up, break, and combust,” the newcomer laments. “It’s all gone and dead.”

As dark as the album is, Paris accepts that endings give way to new beginnings. “another spring” distills this concept perfectly. “I can’t remember the last time, I looked into your eyes and saw truth,” she admits. “It’s cold like September, a chill down my spine feels like autumn in summer’s youth.” However, decay fertilizes new growth as she recognizes on the chorus: “Let my wounds bring another spring.” There are even a couple of moments when sunlight banishes the darkness entirely.

Album opener “collide,” for example, is positively loved-up. “Wanna see what you look like, when your soul smiles inside,” Paris sings. “I wanna chase the high tide, that hits when we collide.” She then ponders if destructive love can persist in the face of healing on “repair.” “You told me once, our broken pieces fit so well,” the breakout star coos on the Mazzy Star-channeling track. “But now I’m whole, so swear to God you’ll love me still.” All in all, wilted is an auspicious debut that establishes Paris as a singer/songwriter of considerable ability.