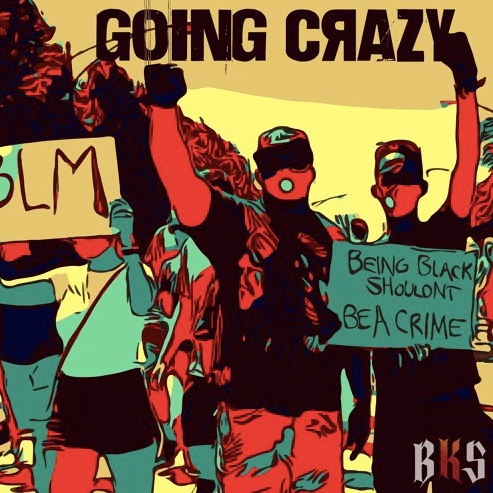 Black King Savior’s debut joint, “Going Crazy,” in support of the BLM movement, is a powerful revolutionary track that will make listeners want to go to the streets and help change the lives of millions of Black Americans by uniting their voices in protest. They have been feeling as lesser important citizens than the rest, because of the little attention and plain indifference displayed by the media and society as a whole, to the police brutality they have been the victims of.

Knowing the history of the United States, this is an unacceptable fact that Black King Savior intends to change, or at least do his part to change, encouraging everyone to participate in unity towards the same goal. His sound is outstanding, his flow is sharp, and cannot but remind us of some of the legends of the game such as Dr. Dre and Nas, to name a few.