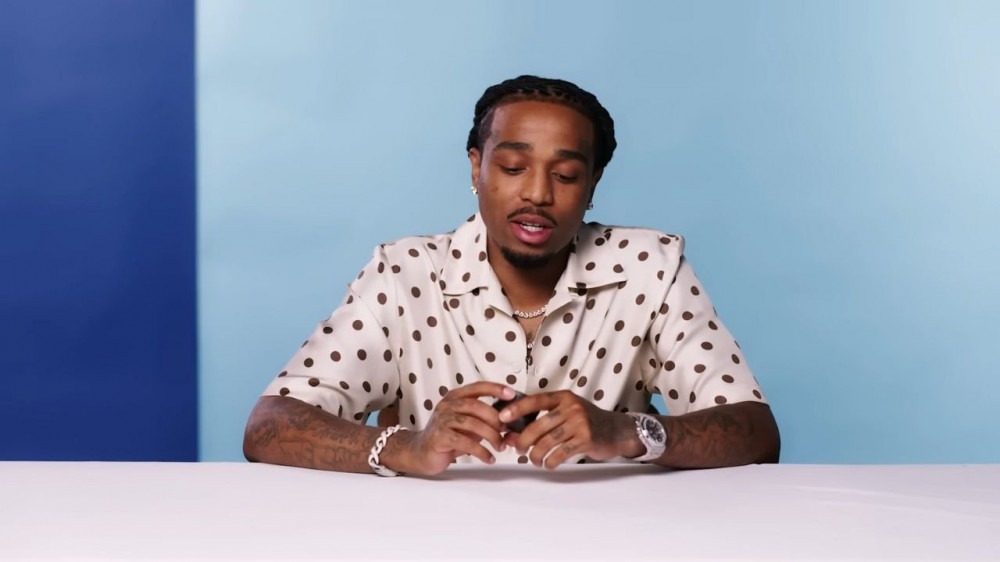 During a GQ interview, Migos member Quavo shared his success story with the world. He also mentions the infamous elevator fight with his now ex-girlfriend, Icy rapper Saweetie. 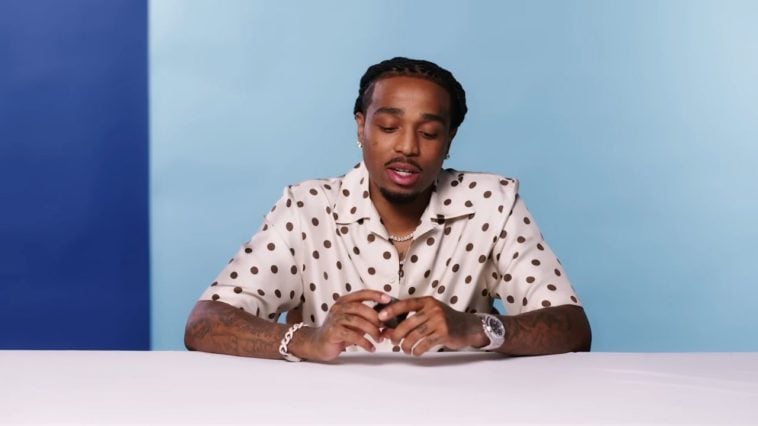 293 Views
Comments Off on Quavo Talks Breakup With Saweetie, His Upbringing & Migos Split

Started From The Bottom

Migos Rapper Quavo sat down for an exclusive interview with GQ Magazine to share his success story with the world.

In the interview, he discussed his childhood, the standing of Migos, and even his infamous elevator fight with his now ex-girlfriend, Saweetie.

The “Honcho” artist talks about being raised in a single-parent home by his mother, Edna, after his father’s death at a young age.

The youngest of three, the rapper admits to being a “momma’s boy,” admitting to playing with his mama’s jewelry as a kid; the rap artist always had a taste for the finer things.

In the interview, Quavo admitted to feeling frustrated with the public perception of the sour ending to his relationship with Saweetie.

Footage of an incident between the two was leaked from inside an elevator where they appeared to be tussling, which led to Saweetie getting knocked to the ground.

He admitted that he did not like what people thought of him after the incident.

What About Migos, Though?

The artist also discusses the public speculation of a Migos fallout after he and Takeoff released “Hotel Lobby” under “Unc & Phew,” their new incoming album without the presence of Offset.

The rapper went as far as addressing the Migos dropping out of the Governor’s Ball in NYC and admitted that the trio is expected to headline a couple of fall festivals.