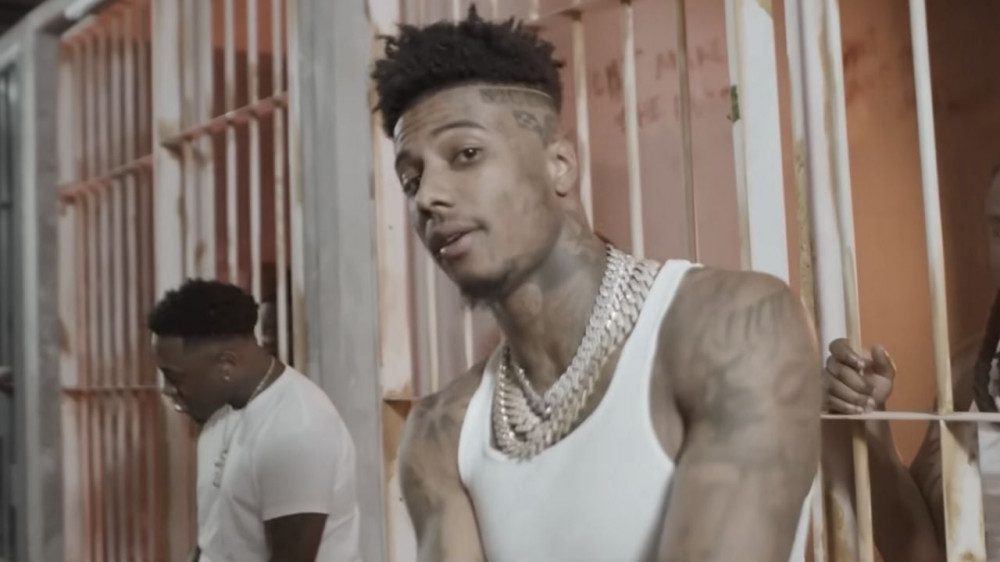 Blueface has recently been arrested by undercover Las Vegas police officers for attempted murder. In a clip, the California native is seen getting slammed against a wall and thrown on the ground during his arrest. However, girlfriend and reality TV star, Chrisean Rock is sticking by her man. 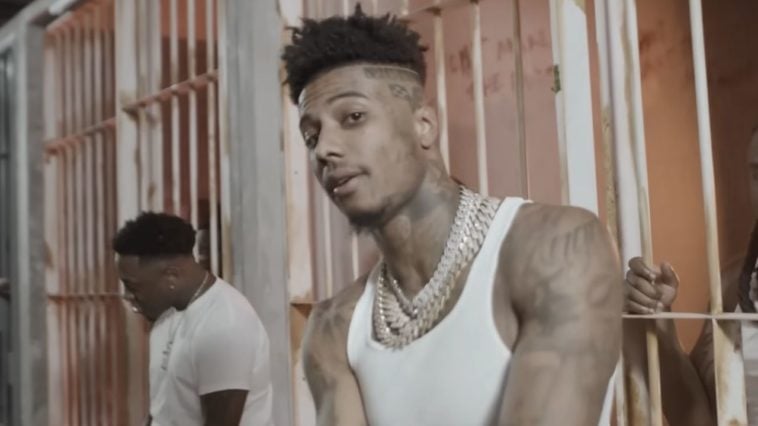 A fan parked in his car in a parking lot recorded Blueface and girlfriend, Chrisean Rock, sitting quietly on a public bench, scrolling through their phones. Suddenly, a fleet of men dressed in street clothes, later confirmed to be undercover police, attacked the California rapper.

As Blueface appears to be minding his business, looking down at his phone, a man in a gray sweatshirt and jeans grabs him from behind and throws him against a concrete wall. A couple of other men dressed in similar attire also appear.

The men were so aggressive with the “Thotiana” rapper that it confused the fan, who then says, “they robbing him.” Unable to defend himself, the controversial rapper is dragged in various directions and eventually thrown to the ground.

It is also mentioned the undercover police on the scene had a warrant for his arrest. Blueface was reportedly arrested for gun possession in California in connection to a shooting that took place on October 8. The conviction follows his arrest in 2019 on similar charges with a loaded gun.

In addition, he also received a felony charge for attacking a nightclub bouncer in 2021.

Witnesses, including his girlfriend Chrisean, were left dazed and confused. Another recording fan on the scene says, “ The cops just pulled up on em and they got him. I don’t know what the f*ck is going on.”

Still, the fan struggled to understand the context of the situation where he says, “they just got his ass and threw him down.”

Another man, frustrated, raises his voice in an attempt to understand what was taking place. He asked the police to explain the situation as a confused Chrisean is also heard in the background asking questions.

Chrisean Sticks By Her Man Behind Bars

Despite the serious charges against the California rapper, Chrisean Rock, who was also recently arrested on assault charges, is supporting her bae during his conviction process.

The reality star hopped on her Instagram to let fans know she’s sticking by her man and will appear for him in court.

In the last 24 hours, she also shared a series of tweets. In the first tweet she posted after the arrest, she says, “ugh why gotta take you from me.”

She later joked about twerking for the “Thotiana,” rapper while she visited him in jail and retweeted his mugshot.

There are no updates on what the arrest could mean for the couple’s upcoming reality show “Crazy in Love,” which was just released. The new controversial reality series lets fans into the intimate details of the couple’s complicated relationship.

While some fans were eager to watch the first season, there’s no telling what the arrest could mean for a second season.