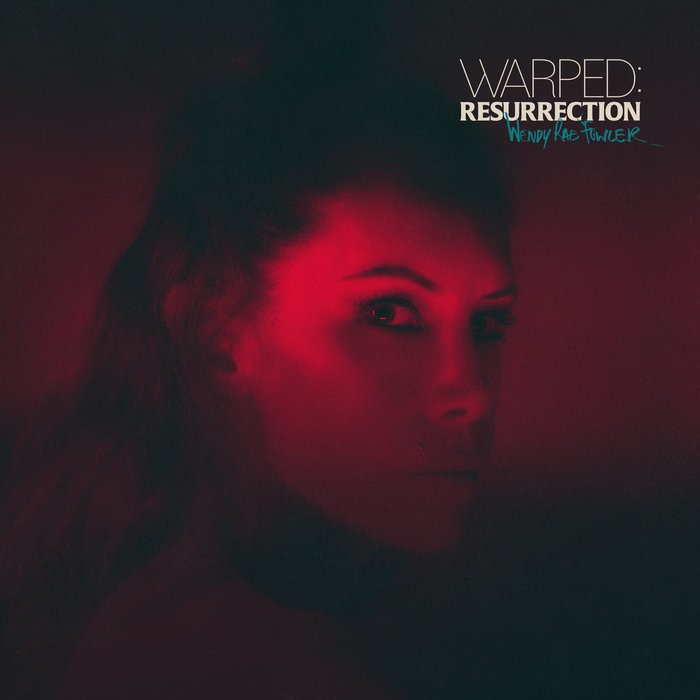 Wendy Rae Fowler has spent three and half years battling to get the rights to this record back– it originally appeared as ‘Warped’ in April 2018 – but it’s not been time wasted.  Given the chance to drastically remould it and more closely align it with her own original vision, she has created something really special.

Swampy, heady, woozy and with more than a touch of voodoo about it, ‘Warped:Resurrection’ is certainly a more dangerous, decadent sounding record than the singer-songwriter picture that the single name mistakenly summons up.  At times it plumbs the kind of sweaty Delta blues depths favoured by PJ Harvey, Gallon Drunk or The Dirty Three, but that’s only one side of the interlocking Rubik’s Cube of influences going  on here.

‘Red Dust’, for instance, marries up that vibe with a keen grasp of warped electronic touches to add an extra sheen to its marching beat and mangled, underwater vocal.  There’s also an echoey, spacey, frazzled electronic feel to her sublime version of The Stranglers’ ‘Golden Brown’, which pops up unexpectedly in the final two thirds of the album.  ‘Hollow’, that follows it,  plays a hyperactive throbbing sequencer off against shards of jagged guitars, all swaddled in swirling dreampop of the Cocteaus/Siouxsie vintage.

Siouxsie is a neat reference for Fowler’s vocal stylings, although while she does get into the full Banshee wail at times, she’s capable of operating just as effectively at the more fragile, low end of the spectrum.   Other highlights include the strident ‘Run’, with its searing brass and almost Adam Ant style backing vocals, and ‘Plain Gold Ring’, with its vocal drenched in echoes and slowly, clanky rhythms.

The latter has arguably the most haunted and tortured atmosphere here, but all in all, the whole album has a strange and mysterious quality that’s quite a rarity these days.  Sophisticated gothic-tinged experimentalism, perhaps.  Whatever, it’s well worth a listen.