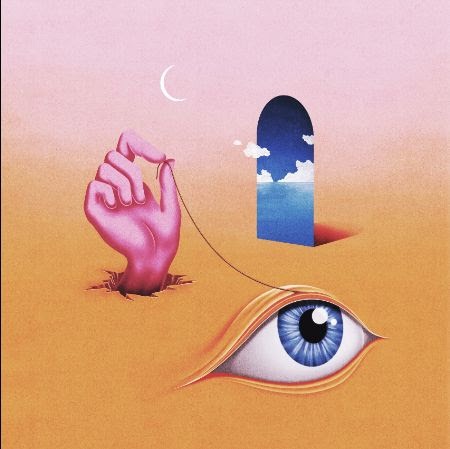 Hideaway is the eighth record from West-Coast punk-rock/grunge outfit Wavves.  Produced by Dave Sitek of TV and the Radio and written over the course of two years in a shed behind frontman Nathan Williams’ parents’ house (where he originally wrote the first couple of fuzz-laden albums).  Hideaway sees the band manoeuvre and mature into a slicker sound.  There’s nothing massively new in terms of the themes explored on this record but you won’t mind that if you’re already a fan of Wavves’ personal brand of self-loathing, sarcasm, anxiety and depression.  In fact, that’s probably what you’re here for.  I know I am.

Over the last few years, Wavves have honed their sound into a cleaner pop-punk style that built on their first two releases which sounded a lot rougher but still showcased the band’s ability to write catchy, anthemic, songs for the disenfranchised like ‘So bored’ from their self titled, 2009 album.

Hideaway contains plenty more of these whilst also seeing the band experiment with distorted sunny psychedelia sound as they have been prone to do in previously, such as on their 2010 release King of the Beach. I get the feeling this unique sound is the product of Williams’ occasional optimism combined with his inner demons, because you know, he’s a beach goth. There’s a part of him that wants to be Brian Wilson and there’s a part of him that’s more Kurt Cobain.

But back to the music – to break it down simply, the first three tracks are the weakest and that includes the band’s single release ‘Hideaway’ which is a little too stadium rock for my liking and then everything onwards from that point is great. Personal highlights for me include the track ‘Honeycomb’ which really embodies the whole dichotomy between sunny optimism and darkness thing. Williams sings over 60’s sounding, jangle-pop guitars “I’ve got nothing to believe in, I feel like I’m dying, it’s cool, it’s great, just pretend I’m ok, nothing’s wrong, nothing’s changed, it’s just a new day.‘

It’s the equivalent of going to McDonalds and having a meltdown. Musically they’re a band that could be so easily commodified like Blink 182 because musically there’s nothing amiss, we’re all just having a nice time but lyrically it’s a different story and they’re not Blink 182 or Green Day at all.  I hate to bang on with the Nirvana comparisons but really there hasn’t been another band that has spoken so overtly about having “negative” (for want of a better phrase) thoughts and behaviour since then, at least not ones that were accompanied by rock guitars.

Apparently, Williams and new producer Dave Sitek bonded over Johnny Cash deep cuts and honkey-tonk obscurities whilst making this album and it certainly shines through on the track ‘The Blame’ which is probably the first time fans will have heard the band on record playing country music.  Wavves prove their versatility and technical skill with the ease in which they co-opt this genre but we’re not in for a whole new version of the band just yet.

‘Marine Life‘ which follows, moves back into the Wavves comfort zone of pop-punk nihilism. It harkens to previous super catchy songs like ‘Heavy Metal Detox’ and ‘Bug‘.  And it’s the lilt in which Williams sings the chorus that elevates it to being the song you once heard on the radio to the song you can’t get out of your head three weeks later.

The album ends with the band’s final single release ‘Caviar’ which is definitely the most psychedelic sounding song on the album bearing some similarity to ‘Baby Say Goodbye‘ on King of the Beach.  It seems the band are suckers for closing their albums with warped psych, dream pop and why not when it works so well.  “And I’ll come home to you when I wanna and that’s the end girl, forever.” Williams sings happily but we know that’s not that the truth…