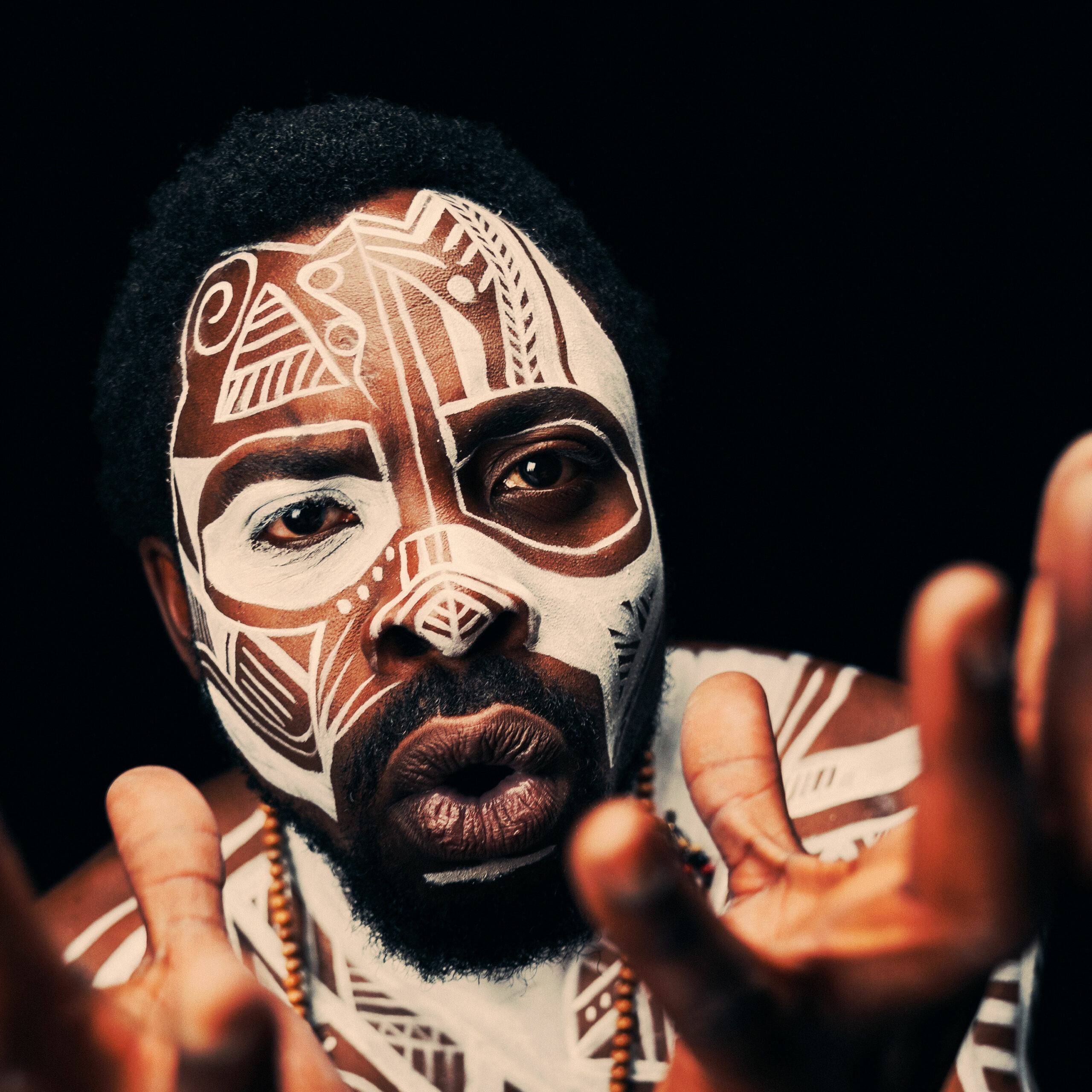 Skunkadelic unveils his brand new single ‘No Time’, his prescient first single with hometown electronica producer Mesijo (BBC Radio 3 Unclassified Featured Artist). Here the pair have distilled diverse musical elements of hip hop, jazz, afrobeat and electro into a focused sound. Today we are debuting the slick music video that accompanies the song, filmed and edited in Cardiff by Redbrck. Watch it below.

With ‘No Time’ emcee Skunkadelic shows off his unmistakable baritone and lyrical dexterity. Invigorating and joyful, he zeroes in on biographical lyrical content and his impassioned delivery goes through his growth and overcoming of personal struggle, to the wider fight against prejudice.

“‘No Time’ shines a spotlight not only on the recent adversity we’ve suffered with the pandemic, but the fundamental prejudices that continue to underline society: racism, intolerance and dishonesty.”

Skunkadelic delivers the chorus hook in his ancestral Pidgin English “we no get no time no more” which references the need to seize the day and that time is valuable; we have to make the best use of it so that we can and fight through the “bullshit”, with growing older being a stark reminder.

Bearing a musical heritage shaped by the golden era of hip hop and rooted in his family domain of Nigeria, Skunkadelic channels raw passion and ingenuity into every rhyme.

Collaborations with esteemed UK musical talent illustrate how broad an artistic palette he has. A recent feature with Bristol’s funk and soul duo The Allergies received considerable national radio play (Lauren Laverne, Radio 2) and emerged as one of the UK’s most shazaamed tracks in 2021, before also becoming ITV’s ident for a time.

In addition to these collabs, Skunkadelic is renowned for being frontman to Cardiff’s 8 piece afro funk and hip hop collective Afro Cluster. The group have hit a high point recently with the release of their debut album in spring 2021 which has been very well received as well as live shows at Green Man 2021 and Cardiff Castle which have had a considerable impact.

The release of this new single is a precursor for a new EP that is currently in the works. Watch this space!