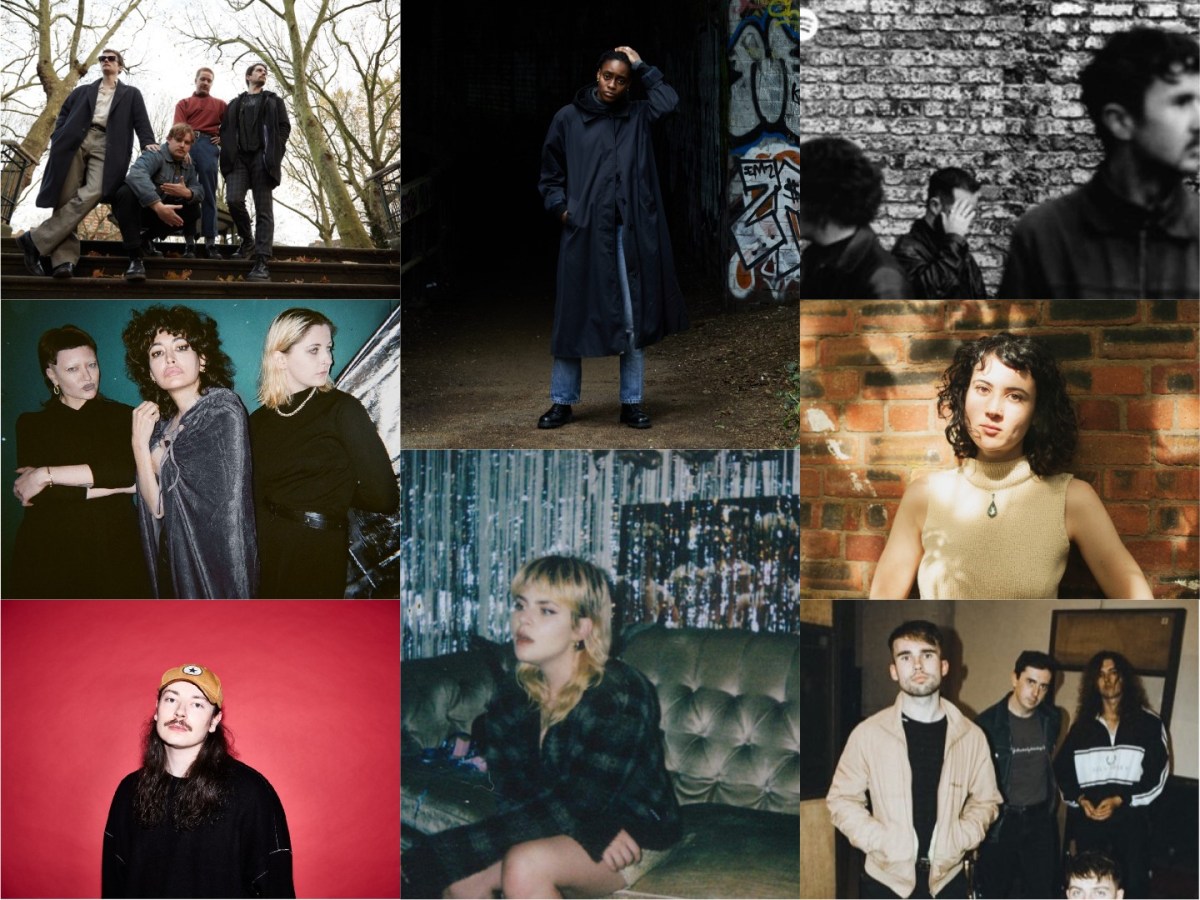 It’s a new year! Here are another eight fresh acts we are highlighting for 2022 – with more to follow on Friday with our Welsh tips following over the next few weeks, so keep your eyes on the site!

2021’s Glueland EP was by far Do Nothing’s strongest release to date and showcased a much richer sound than the wiry post-punk of earlier releases. The Fall are still an immediate point of reference, at least where vocals are concerned, but the chiming, building melodies on top of snapping drums at times bring to mind LCD Soundsytem, Secret Machines, and Autolux, which are always great bands to bring to mind. (Jordan Dowling)

From breakups, party lifestyle and homelessness, Sydney’s Lola Scott has crammed a lot into her twenties, her debut EP released in the spring documented her 1/4 Life Crisis. It also showed off her refreshing knack of writing slightly off-kilter, inventive and prescient pop songs that tap into issues like unemployment and homelessness facing Millenials, with Scott and co-producer Oscar Sharah, a founding member of electronic pop project Mel Blue, throwing as much at the wall and seeing what sticks. Scott’s songs sit somewhere between playful synth-pop, the intimacy of Billie Eilish, the melodies of Caroline Polachek and the cutting personal double meanings of Phoebe Bridgers. (Bill Cummings)

The Clockworks
The most asked question of The Clockworks is “When is the album out?”  Galway’s four-piece signed to Alan McGee’s It’s Creation Baby label almost as soon as they moved to London and with a support slot for the Pixies US tour sadly pulled due to the pandemic, the invitation alone is evidence of the talent in this band.  James McGregor’s lyricism is based on observational lyrics.  He takes the world around him and pours it into his songwriting.  Having just been invited to record at Abbey Road Studios, and gigs and festivals announced already for 2022, hopefully, that album is not far off. (Julia Mason)

With online sets for ESNS and SXSW, a tour in Ireland, the release of their debut EP Gransha and even a joint DJ set with fan and BBC6Music’s Steve Lamacq, it has been quite a year for Belfast’s Enola Gay.  Confrontational, political, thought-provoking, and all wrapped in a thunderous pulsating punk soundscape, 2022 looks like continuing their upward trajectory.  With an extensive UK scheduled for spring 2022, we have no doubt this will result in an expansion of their fanbase. (Julia Mason)

Hackney trio deep tan are three friends Wafah (lead singer and guitarist), Celeste, and Lucy (both on rhythm section), captured our attention with their debut EP ‘creeping speedwells’ a tour de force released last summer, crammed with their attitude and nonchalant cool their urgent songs with scratchy riffs and skeletal rhythms, skirt the lines of new wave and post-punk and uncovers the murky underbelly of compromised scenes, the city and the deep fake online culture. Angular and wired lead track ‘Camelot‘ delivers a high-speed homage to a heavy night. With duelling metallic guitar clangs, dexterous bass lines and a vocal that ups the tension, it’s a precise frenetic track that simmers with menace and nihilism. (Bill Cummings)

Self-confessed lo-fi pop noodler, Newcastle’s Trunky Juno resides very much within his own sphere of off-kilter artistry.  His latest Radio 1 endorsed track, ‘Better Better’, is, indeed, better splitting the DIY atom right down the middle to expose a white-hot nucleus of gimlet sharp songwriting and Adam Green-like musical ambling not dissimilar to that other great north-east lo-fi hope James Leonard Hewitson.  While Trunky Juno may have spent the last month of 2021 ‘sitting in my pyjamas writing songs and eating way too much’ a new EP (the follow-up to 2021’s Good Dog) will arrive in early 2022 with a lot more gigs already booked in. (Steve Spithray)

Blue Ruth is the nom de plume of Birmingham artist Kalia White, whose music is a combination of slowly evolving guttural synth melodies and sharp personal/political commentary. ‘Almost Gone’ finds a midpoint between Self Esteem and ’90s industrial metal, which is something you never knew you needed until you hear it. (Jordan Dowling)

Kim Grant, the multi-instrumentalist, producer and songwriter behind Raveloe, was raised in Motherwell. She’s been quietly crafting intricate songs full of heart over the last few years including an EP released last year called Notes and Dreams. Her most recent single ‘Catkins’ is wonderful: rich with Grant’s haunting vocals her wistful tone reminding one of Kristin Hersh. Literate and melancholic, this enveloping song is invested with swirling layers of swaying instrumentals fuzzy guitars, strums and resounding drums, it could be called gaze or folk-pop but who cares, its rustles with the brittleness of being, this self-reflective and poignant track is gorgeous and grows magnificently. A fantastic introduction. (Bill Cummings)