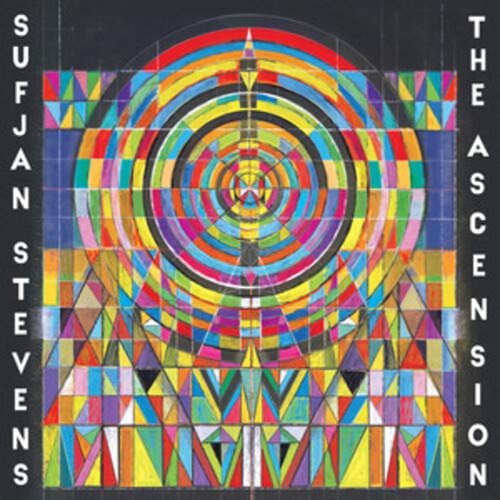 “I’m ashamed to admit I no longer believe,” Sufjan Stevens nearly whispers on his eighth solo album, his voice wading in lustrous electronics. Believe in what? God? Love? The songwriter’s last opus, 2015’s Carrie & Lowell, was a folky, 43-minute rumination on his mother’s death. The Ascension can be equally harrowing on a human level: the electro-orchestral “Ativan,” named after an anxiety medication, explores the dark thoughts of a troubled soul; “Ursa Major,” built on eerie vocal samples and digital drums, finds the protagonist begging for spiritual forgiveness. But the record also has some broader concerns: “Don’t do to me what you did to America,” a swirl of high vocals plead on “America,” an electronic post-rock masterpiece that swells to over 12 minutes. There are layers of meaning, as Stevens seems to draw parallels between soiled patriotism and Christian doubt: “I have worshipped; I have cried,” he sings. “I have put my hands in the wounds of your side.” That message— of seeking healing amid destruction— couldn’t arrive at a more ideal time for a nation sickened by divided politics and a pandemic. The record is also meditative on a purely sonic level: On Carrie & Lowell, Stevens stripped his songs down to their bare skin; his follow-up invites a deeper headphones listen. The canvas is almost entirely electronic, full of wheezing synths and buzzing beats. But the bursts of electric guitar (like the reversed solo that stretches out “Landslide”) and strings (the reverb-y expanse that ends “Ativan”) offset the chilliness with organic warmth. The Ascension is a comforting, escapist sadness.