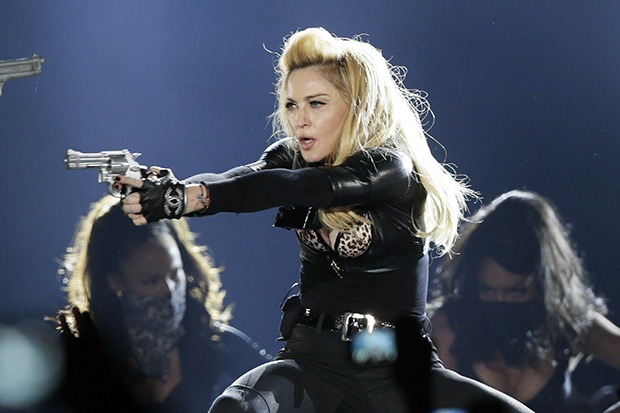 I have a lot of issues with Celebration, Madonna’s 2009 greatest hits compilation (not using single edits, for starters), but “Revolver” isn’t one of them. A gritty banger with the kind of chorus that lodges permanently in your brain, the Lil Wayne-assisted anthem ranks as one of the Queen of Pop’s better singles from the late ’00s. “I’m a sex pistol, my love should be illegal,” Madonna declares in the first verse. “Real deal, baby, I’m no counterfeit.” The bad/iconic metaphors continue until we reach the knock-out chorus: “My love’s a revolver, my sex is a killer — do you wanna die happy?”

In a perfect world, the reverse-aging 62-year-old would have released “Revolver” as the project’s lead single instead of the tepid title track. But “Revolver” had the misfortune of leaking months in advance and, by the time it did get rolled out, momentum was non-existent. And then Warner’s decision not to film a video was the final nail in its coffin. As a result, “Revolver” failed to crack the Billboard Hot 100 and peaked at a frankly unacceptable number 130 in the UK. The song did have considerably more success, however, in the clubs.

Madonna handpicked a group of A-List producers to remix “Revolver” including David Guetta, Paul Van Dyk and Tracy Young. They did such a good job that “Revolver” won a Grammy for Best Remixed Recording, Non-Classical. Interestingly, “Revolver” gained notoriety again in 2012 when Madonna performed it on her MDNA World Tour holding a a variety of weapons. It sparked a backlash and superstar quickly issued an apology. “I do not condone violence or the use of guns,” she said in an open letter and then explained that she was taking aim (no pun intended) at the church.