Should Have Been Bigger: Lady Gaga’s “G.U.Y.” 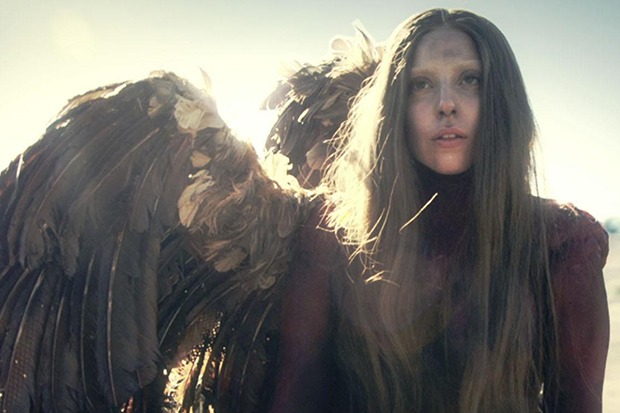 Seven years have passed and I still haven’t been able to wrap my head around Lady Gaga’s ARTPOP. For me, it oscillates between the sublime and the ridiculous more violently than any other major pop release of the 2010s. But maybe that was the whole point. For what it’s worth, I would slot “G.U.Y.” into the former category. It’s not as flawless as “Gypsy” or as delightfully nasty as “Sexxx Dreams,” but it’s exceedingly catchy, thoroughly demented and surprisingly progressive in the way that it addresses gender roles.

“I wanna be the girl under you, I wanna be your G.U.Y,” Mother Monster begins the track over Zedd’s furious house beats. “I wanna be the grave and earth you, our sex doesn’t tell us no lies.” Things get particularly interesting on the bridge, when Gaga dabbles in sexual politics. “I don’t need to be on top to know I’m worth it, ’cause I’m strong enough to know the truth,” she purrs. “I just want it to be hot.” It’s not surprising that “G.U.Y.” has adopted as a “power bottom anthem” — at least, according to Genius!

A song as out-there as “G.U.Y.” demanded a bonkers videp and the pop icon really went above and beyond. If future historians ever need a visual representation of the quintessential Gaga experience, this is it. With an elaborated narrative about a fallen angel, a restorative pool at the Hearst Castle, the cast of The Real Housewives Of Beverly Hills, intricate choreography, mind-bending costumes, a Minecraft tie-in, cameos from Jesus and Michael Jackson lookalikes and a little nudity, this is pure pop excess.

Depressingly, Lady Gaga’s bubble had burst somewhat by the time “G.U.Y.” was released. She had temporarily fallen out of favor (a trend that wasn’t fully reversed until A Star Is Born) and the banger stalled at number 76 on the Billboard Hot 100. Which actually feels homophobic in retrospect. Revisit the eccentric banger on the 7th anniversary of ARTPOP below.