Sam Pointer: What Good Is Money 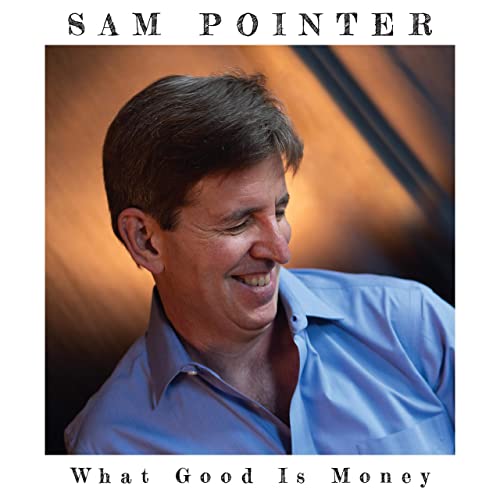 Sam Pointer, the Birmingham, Ala.-based singer-songwriter and multi-instrumentalist, has performed countless live dates throughout his long career—as a solo artist and in bands such as the improvisational act New Potato Caboose and the bluegrass group Snakes in the Grass. Despite his varied credits, Pointer’s new record, What Good Is Money, is actually his first solo release. However, the record is clearly one created by a musician who has honed his sound on the road. Songs like “Devil’s Work,” “Why Pierce That” and title track “What Good Is Money” are catchy, rollicking numbers that are packed with expert instrumentalism. Speaking of instruments, Pointer earns the “multi-instrumentalist” title on this record, jumping between electric and acoustic guitars, bass, mandolin, banjo, fiddle, ukulele, keyboards and even some percussion. And if that wasn’t enough, he served as the album’s sole producer. Pointer’s guitar playing shines on opener “Shoes Away” and the shuffling “Winds of December,” evoking the spirits of Jerry Garcia and Duane Allman throughout. That isn’t to say that Pointer didn’t have collaborators; one of the set’s highlights is tenor saxophonist Gary Wheat’s solo on “Melina.” Meanwhile, Red Redling adds piano on a couple of songs, Eddie Hartness adds percussion to the title track and drummer Mark Lanter provides What Good Is Money’s rhythmic bed throughout. In terms of genre, the record is decidedly “roots-rock,” blending foundational elements of blues, jam, bluegrass and country with hints of reggae and Calypso. Yet, despite the eclectic blend, Pointer manages to successfully pull together a singular debut statement—decades in the making.