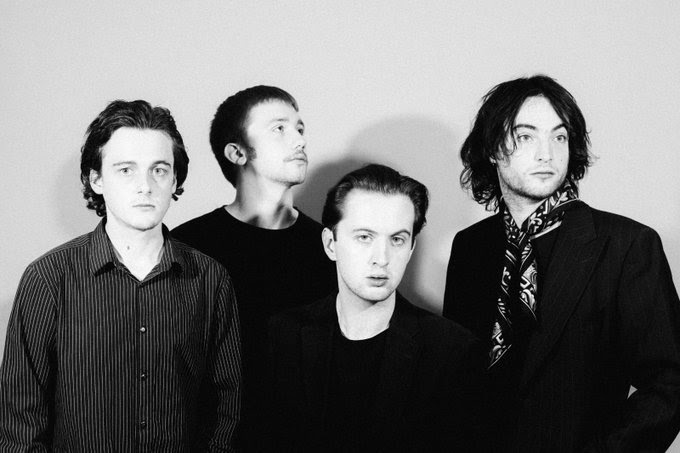 If I had a quid for every band who cited David Bowie and Scott Walker as an influence and then upon listening there was no sign of either, I’d be not minted exactly but the piggybank’s belly would be stretched past an indecent level of obesity. Thankfully we get no such bullshittery with Bandicoot; but then, they are hardly your typical guitar band, are they. New single ‘Life, Death and Other Things’ witnesses the foursome continue a determined path to explore the dark, sharing the realities of what it means to be young men making their way in the world today.  Bandicoot have many strengths but one for sure is to take us on their emotional journeys with them, very much in tune with the said muses for this new work.

‘Life, Death and Other Things’ shares the frustrations of songwriting, and possibly wider creativities or it’s a metaphor for everyday expression maybe. The sharp spiky guitar and perky insistent piano show such internal impatience, the warm, bouncy sax a reassuring presence and keeping it all in hand. Just about.

“Life, Death and Other Things is a song about songwriting. It captures the frustrations that come with compressing the whole world and all living experience into three minutes and a few words. It describes the surreality of waking up in unrecognisable nightmarish places, and the impossibility of really saying what you mean. It tries to bridge the overwhelming feeling of distance separating yourself from the world around you, an attempt to understand life, death, and everything in between,” says the band’s singer Rhys Underdown of the song.

‘Just say what comes into your head each time, “attracts me like a cauliflower” until you get the word,‘ says a cocky, irritated Lennon in the forthcoming Peter Jackson Beatles Get Back documentary, instructing George Harrison as he struggles complete ‘Something‘.  If only it was so simple, John.

More superb stuff from Bandicoot anyways, fresh from four triumphant shows at FOCUS Wales last week. The single has already picked up plays on 6 Music and BBC Radio Wales. Debut album ‘Black After Dark‘ is due on 4th March via Libertino. Life, Death and Other Things is available on all your favourite streaming platforms now.