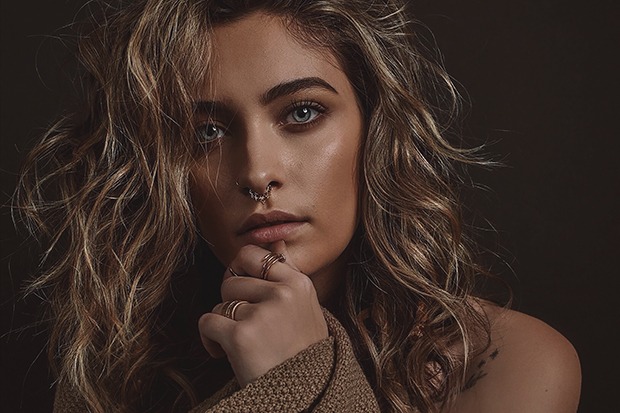 Paris Jackson rolls out her debut album, Wilted, tonight and it’s a winning collection of stripped-back tracks that falls somewhere between alt-rock and folk. It will take a couple of days to fully digest all 11 songs, but “Eyelids” stands out as an early favorite. “Cut my eyelids, so I can’t see you float out the door,” the 22-year-old begins the haunting ballad. “Burn my tongue out, ’cause I don’t want to taste you no more.” She is then joined by co-writer and producer Andy Hull of Manchester Orchestra for the chorus.

“Now I don’t know your name, it wouldn’t matter if I did anymore,” they harmonize. “Now I don’t know your name, I’m afraid of what’s under the floor.” It’s a beautiful track that captures the devastating pull of memories. Of course, Paris first ventured into the music world earlier this year with The Sunflowers — a side-project with LA-based rocker Gabriel Glenn. She then made her solo debut with “Let Down,” the somber lead single from Wilted. Listen to “Eyelids” below.