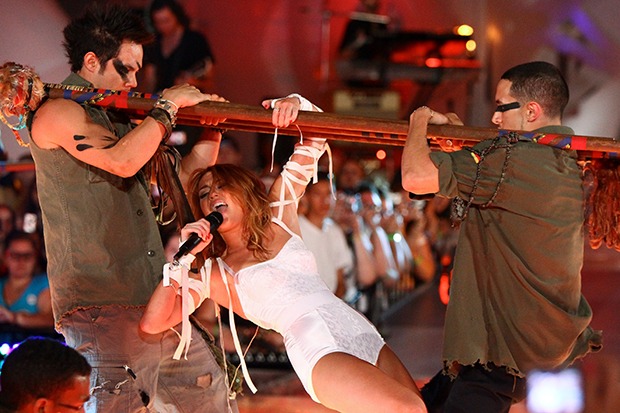 While Miley Cyrus didn’t put Hannah Montana in a coffin until the Bangerz, she critically wounded her wholesome alter ego with the Can’t Be Tamed era. Boasting a slightly sexier image, a more mature sound and outspoken attitude, this was when the pop star started shaking the chains of child stardom. The title track is an underrated banger for the ages, while “My Heart Beats For Love” was a loud-and-proud gay anthem. Other highlights from the album include a cover of Poison’s “Every Rose Has Its Thorn” and the electro-pop gem “Who Owns My Heart.”

The fact that the era was shelved after a couple of singles remains one of the great pop injustices of the 2010s. Particularly with songs like “Permanent December,” “Forgiveness And Love” and “Liberty Walk” going to waste. Aesthetically, Miley took the first tentative steps towards the sheer mayhem of Bangerz by rocking revealing ensembles and incorporating titillating choreography into her show. She also managed to film the iconic, Oscar-robbed LOL during this era. Revisit Can’t Be Tamed in all its glory up top.