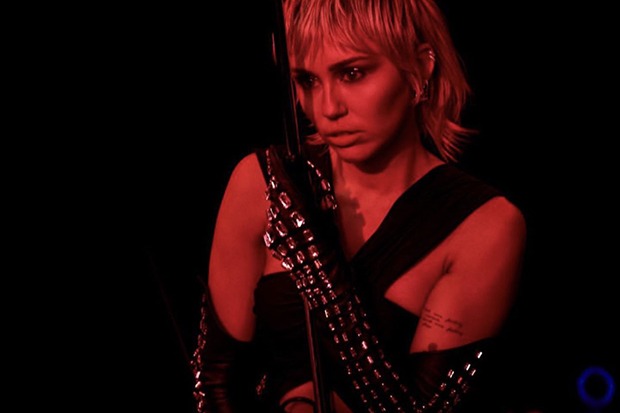 Miley Cyrus has been wowing fans with covers of late — putting her own spin on Blondie’s “Heart Of Glass,” Britney Spears’ “Gimme More” and The Cranberries’ “Zombie” (below). That has inspired her, it seems, to go a step further and record a whole album of them. “[I’ve] been working on a Metallica cover album and I’m here working on that,” the pop star reveals in a new Q&A with Interview magazine. “We’re so lucky to be able to continue to work on our art during all of this. At first, it felt uninspiring and now I’ve been totally ignited.”

Interestingly, Miley also reveals that she had a close encounter with the third kind. “I had an experience, actually. I was driving through San Bernardino with my friend, and I got chased down by some sort of UFO.” However, there’s a chance the “Midnight Sky” hitmaker was just super high. “I’m pretty sure about what I saw, but I’d also bought weed wax from a guy in a van in front of a taco shop, so it could have been the weed wax. But the best way to describe it is a flying snowplow. It had this big plow in the front of it and was glowing yellow.” I believe her!