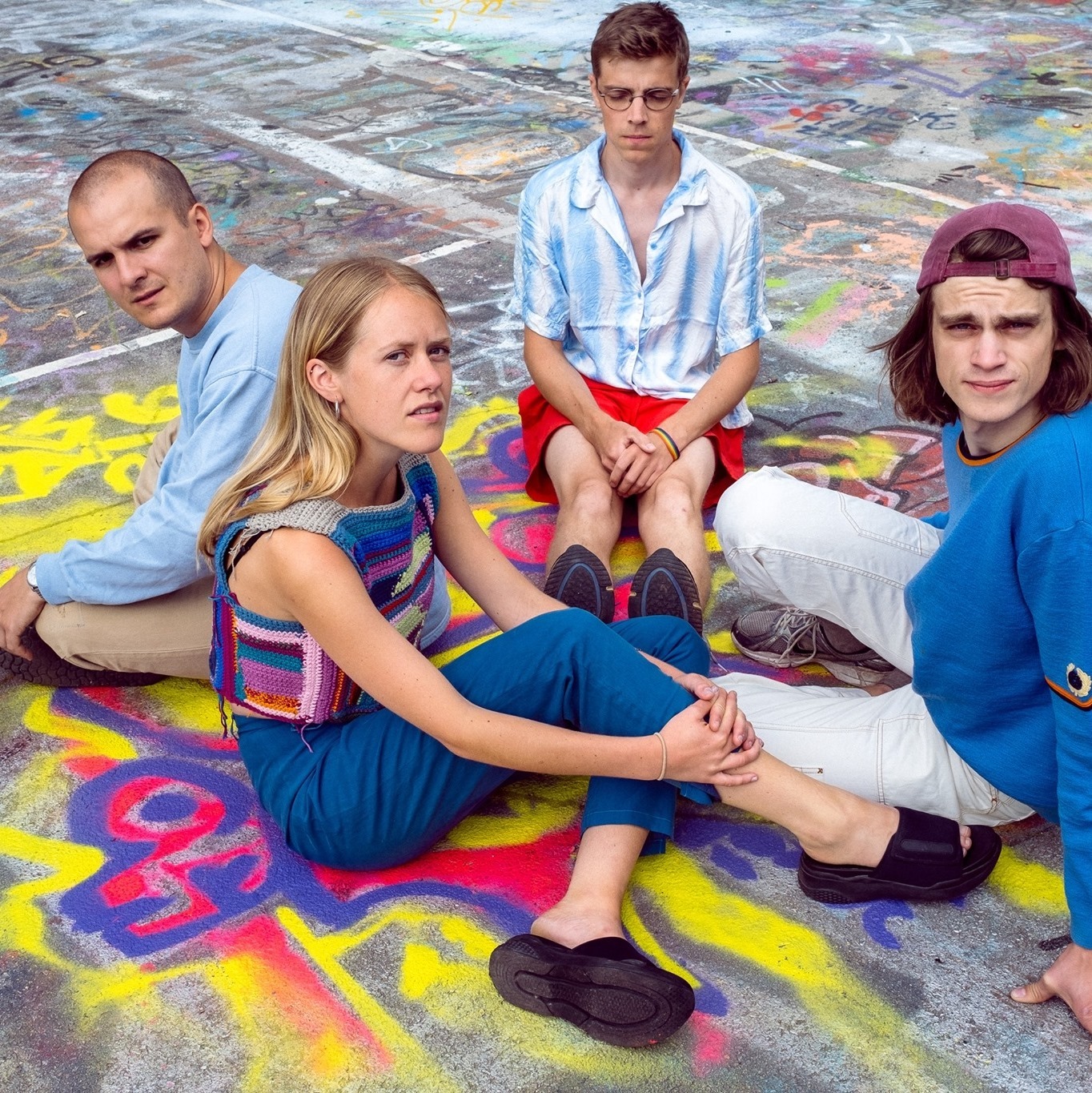 Gigs are finally picking up in Scotland after the restrictions were lifted later than in England.  The Mash House in Edinburgh has a capacity of just over 200 and on Saturday night the crowd were treated to the Norwegian band Pom Poko.

But first things first, the support band.  Having been starved of live music for so long it is good to see that the room was pretty busy for the 4-piece Legss.  After their 40-minute set they had definitely added to their fan base.  Legss comprises three guitarists and a drummer, and one guitar was kaputt by the end of the set due to the manic frenetic playing which is part of their sound.  There seems to be a new crop of bands such as Treeboy and the ace, TV Priest, who produce songs which are organised chaos.  Theirs isn’t a traditional verse and chorus style song structure, but as such it’s unpredictable and thrilling.  The band were also very gracious and appreciative of the crowds reaction, chatting to gig-goers afterwards.  I for one will be looking out for them in future.

Pom Poko come onto the stage and bring infectious joy from the get go. Lead singer Ragnhild Fangel is a bundle of energy and does not stop grinning and dancing all the way through their set.  And what a set it was.  Full of punky sweetness is the only way to describe it.  Ragnhild jumped, danced, kicked, through her arms around and had a permanent smile on her face throughout.  Signed to Bella Union in 2019, the Norwegian 4-piece successfully combine crazy guitar riffs, sing-song vocals and an intense groove which got hte room bouncing along with Ragnhild.  Dedicating a song to someone in the crowd whose birthday it was just added to the charm.  Also the band all took a bow together after their encore.  Everyone left The Mash House infected with the punk positivity of Pom Poko.