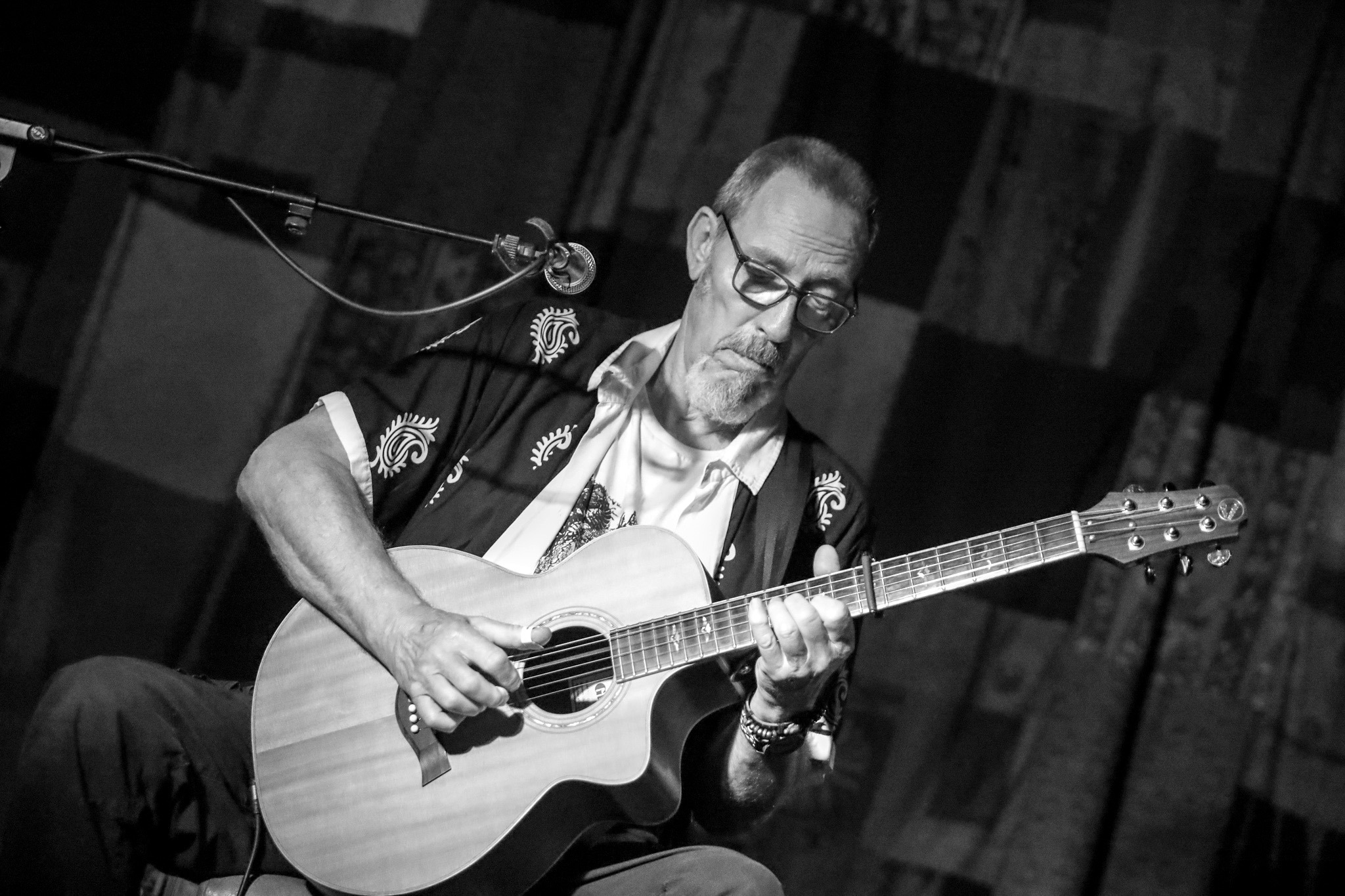 As Keith Christmas leans over to pick up his vintage Fender Palomino he reminisces upon having bought the instrument more than 50 years ago with what was his first-ever tax rebate. Almost as an afterthought, he adds that this is also the very guitar that he used when he played on David Bowie’s 1969 album Space Oddity. Self-effacement comes both naturally and very easily to this venerable and most charming of English singer-songwriters.

During the course of an absolutely delightful performance – one that stretches beyond the 90-minute duration he had suggested at the outset, courtesy of a thoroughly well-deserved encore of ‘Born of God’ – Keith Christmas shares further memories from the earlier stages of his career, confirming both his longevity and the great musical circles in which he has moved.

Following an apprenticeship served in small folk clubs, Keith Christmas’s first two gigs thereafter were supporting The Who. From there he went out on tour opening for King Crimson. He speaks warmly about transporting Boz Burrell – Crimson’s then bass guitarist and vocalist who had just fallen out with the band’s leader, Robert Fripp – in his green Triumph Herald estate car all over the country whilst both men laid waste to huge quantities of industrial-strength hashish.

Yet for all of his recollections from the late ‘60s and early ‘70s, Keith Christmas is quite clearly not a man who chooses to live in the past. This much is reflected by the complexion of his setlist this evening. All bar one – the exception being ‘Travelling Down’, the first song he ever wrote and which first appeared on his 1969 debut album Stimulus –  the 16 songs that he plays are drawn entirely from his last two albums, 2016’s Crazy Dancing Days and Life, Life from two years ago. He says, quite rightly and with no sense of immodesty, these records contain the best songs that he has written in a recording career that now numbers no less than 11 albums.

Keith Christmas broadly splits the show into two halves, the first – ‘Travelling Down’ aside – contains only material from Crazy Dancing Days, with the second confined entirely to tunes from Life, Life. There are songs about writing songs; about the determination to never give up; about Christmas’s love of life; and on ‘Born of God’, his being inspired by seeing the Magna Carta, each one delivered in his warm, weathered voice and accompanied by his intricate, finger-picking style. It is an undoubted pleasure to be here tonight listening to Keith Christmas play these songs.

Keith Christmas lives in Torquay but whilst playing the Yorkshire legs of his current tour he and his caravan have set up a temporary home in the Rother Valley Country Park near Sheffield. And whilst his life and his music remains firmly in the present I do wonder if, as he drives back down there this evening, he wishes that he could trade in his maroon Skoda Superb for that old green Triumph Herald for just one night.

More photos from this show are HERE.