Kylie Minogue Was A ’90s It-Girl: A Gallery 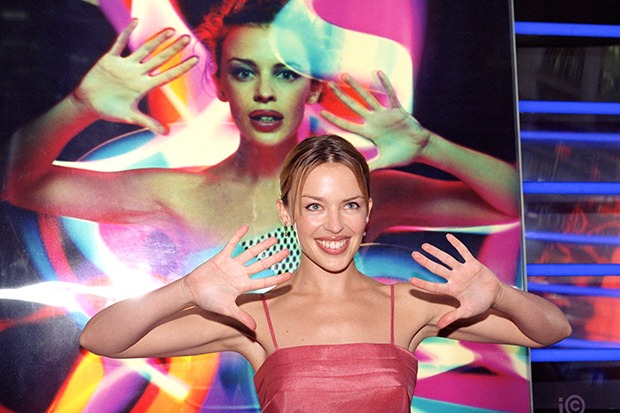 Kylie Minogue is rolling out “Magic” as the second single from DISCO this week, which is all the excuse I needed to, ahem, step back in time and do a little reminiscing. The theme of this gallery is the ’90s — more specifically, the pop star’s status as one of the decade’s true It Girls. Not only did the enduring hitmaker’s music undergo a radical shift in the ’90s (she made the lead from bubblegum pop dolly to indie-pop goddess look easy), but so did her image. The Girl Next Door was replaced by a sexy, fashion-forward vamp.

There was the iconic pixie cut phase as well as Kylie’s underrated flirtation with red hair. The Aussie pop legend bounced from full glamor to on-trend street fashion without missing a beat, and still managed to serve superstar. By the end of the decade, Kylie was starting to tire of the party scene and alternative crowd. She finally turned her attention back to pure-pop on Light Years and kicked off the second imperial phase of her long and legendary career. Click through Kylie’s best ’90s looks up top.