Justin Bieber Kicks Off 2021 With “Anyone” 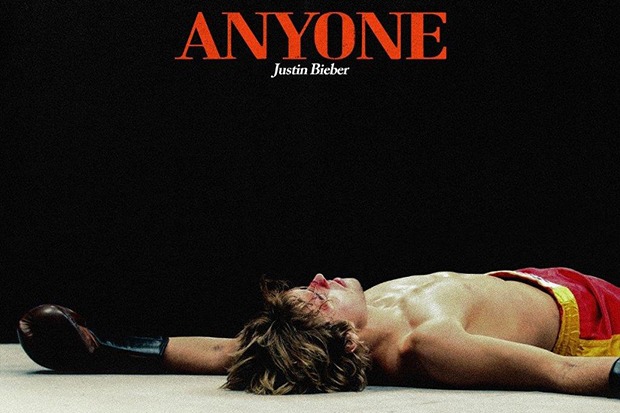 Justin Bieber didn’t waste any time rolling out his first hit of 2021. The superstar debuted “Anyone” on his NYE livestream and then dropped the visual soon thereafter. A romantic, mid-tempo ballad, this is the most accessible “pop” single the 26-year-old has released in years. “You say that I won’t lose you, but you can’t predict the future,” he sings on the pre-chorus. “So just hold on like you will never let go, if you ever move on without me I need to make sure you know.”

Which takes us to the soaring chorus. “That you are the only one I’ll ever love, yeah, you, if it’s not you, it’s not anyone,” Justin belts. “Lookin’ back on my life, you’re the only good I’ve ever done.” A song so clearly engineered for chart domination demands a viral video and the Canadian hitmaker comes through with a boxing-themed blockbuster (below) that finds him recreating Rocky. Given the strength of songs like “Holy,” “Lonely” and now “Anyone,” Justin’s sixth album is shaping up to be one of his best.