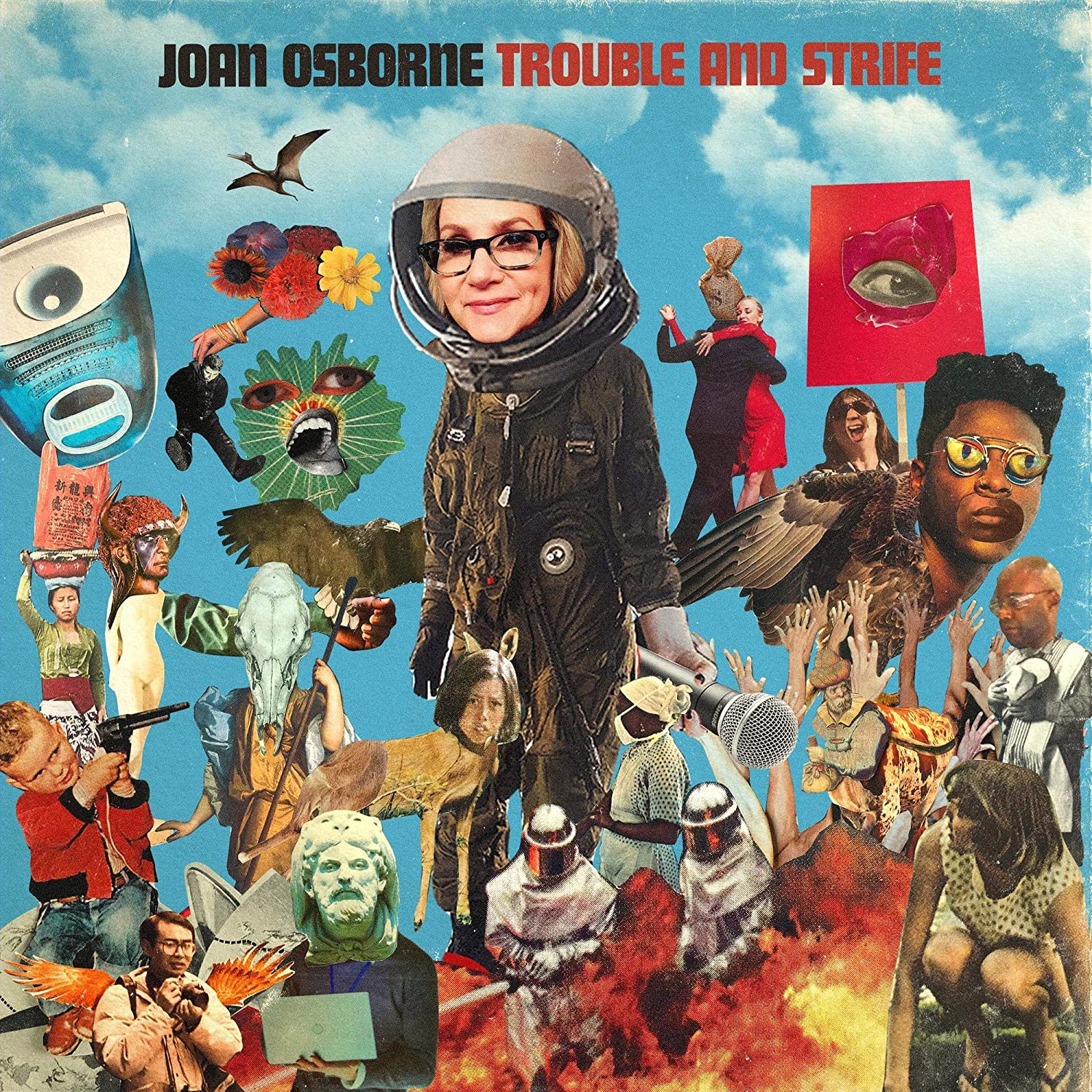 As Trouble and Strife spins on for what—in a good way—seems like more than its 43 minutes, you might find yourself wondering “When was the last time I heard an album that covered so many musical bases—and says so much—in so brief a time.” From swampy boogie to straight-up rock-and-roll to a little bit o’ soul Joan Osborne touches down on a little bit of everything, tying her 10 diverse new tunes together with a sense of purpose and single-mindedness. The singer-songwriter’s first new release in six years, and 10th overall, packs in a lot of information, and a litany of gutsy attitudes, without a wasted minute. One way Osborne does that is by utilizing ace players who never fail to keep things interesting. And of course, there’s that singular voice, all powered up and ready to deliver. Without hammering the listener over the head, she says what she’s got to say and leaves it up to you to do with it what you will. “Take It Any Way I Can Get It,” the opening track, spotlights guitarists Andrew Carrillo and Jack Petruzzelli along with Keith Cotton on Wurlitzer (all three appear on several tracks), while Osborne riffs funkily, spilling out rhymes left and right to state her case. Current social issues permeate much of the record: “Boy Dontcha Know” addresses gender identity in a firm but playful manner, while “What’s That You Say,” to an irresistibly danceable beat, sets the tale of an all-grown-up former refugee whose strength has been her salvation. The title track, in a most Dylan-y fashion, finds its protagonist bemoaning her lot in life. You’ll feel for her, but you’ll want her to tell you about it again and again.