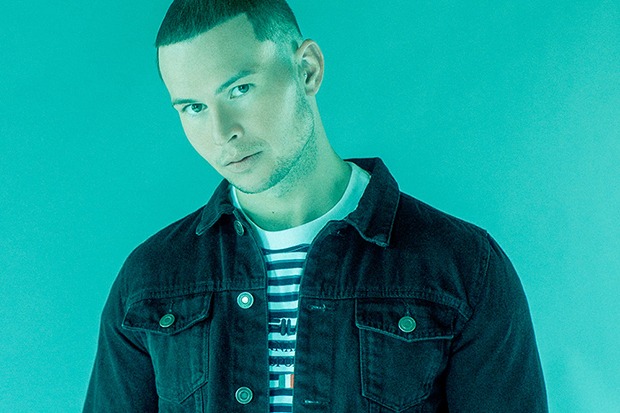 Joel Corry is arguably the hottest producer in the UK. The 31-year-old landed a career-changing smash with “Sorry” in 2019, and then followed it up with another massive hit called “Lonely” earlier this year. And that was only the beginning. The DJ made another giant stride towards international stardom when “Head & Heart” arrived in July and was instantly adopted as the quarantine-banger. The MNEK-featuring anthem spent six weeks at number one in the UK and is now starting to make huge inroads in the US.

I recently asked Joel about his breakthrough global smash, and the difficulties faced by dance music producers (i.e. the closure of clubs) during 2020. He explained how “Head & Heart” initially came together via a DM exchange with MNEK, and spoke about some of the superstar remixes he has in the can including Katy Perry and Sam Smith. Other topics of conversation included the US market and his long-awaited debut LP. Get to know Joel a little better in our Q&A below.

Congratulations on the massive success of “Head & Heart.” How did the collaboration come about?

I was working on “Head & Heart” for a while. I started on the project in November 2019. I knew the track had potential, however it needed a new vocal and some extra parts written. Fast forward to March 2020 and the demo fell into MNEK’s hands. MNEK messaged me on Instagram and said he loved the track, I was buzzing! It was just as the UK went into lockdown, so we could not get into the studio together. However, we both worked on it from home and chatted everyday on WhatsApp. MNEK killed it on the vocals and wrote the pre-chorus. We finished the track together and we are so happy with the amazing response it has had.

When you heard the finished song, did you think you were sitting on a worldwide smash?

I knew it was a special record, however, I never predicted the success it was going to have. It is a total dream come true. I am buzzing to see people connecting with the song, and happy it is bringing people positive vibes during a difficult time.

“Head & Heart” is really starting to explode in the US, which is a little rare for club music. Are you surprised by its success here?

America is a huge dream for me, and it’s so exciting to see my music growing there. I think “Head & Heart” gives off an instant positive feeling that people are connecting with, I don’t think it matters what genre it is. At this difficult time people are looking for escape and “Head & Heart” can take you to that happy place.

You have had three huge hits in a row. Is there an album or EP on the way?

An album is a big goal for me and something that I am working towards. I have been working on lots of new music this year and have got bangers ready in the locker. I will keep working hard in the studio, and when the time is right I will come with the album!

“Sorry” was your calling card. What did it feel like when that song took off in the UK?

Summer 2019 was a very special time in my life. It gives me goosebumps thinking back to it now. I had always dreamed of having a hit record and tried to make it happen for many years. It’s a cliché but it was a total dream come true. I am so grateful to everyone that supported “Sorry,” it was the start of an amazing journey for me.

As a DJ, so much of your world is dictated by clubs. How has 2020 – and everything being closed – affected you?

Playing tracks in my DJ sets is my way of testing new music. It felt weird to release “Head & Heart” without ever playing it to a dance floor. However, we all have to adapt, keep things moving and stay positive during this time. It is the longest break I have had from DJ-ing and I do miss it very much. Having extra time to work on new music in the studio has been a big positive though. Also, spending more time with my friends and family has been nice. I plan to keep working hard in the studio for now and I look forward to going back on tour hopefully in 2021.

Do you have any more remixes on the way? The Katy Perry remix you did is fire.

Thank you, it was so cool to be asked to work on the Katy Perry project. I have a new remix for Sam Smith coming out, which I am very excited about and I’m busy working on more remixes for some more big artists. I love remixing. I have been remixing and making edits of tracks since I was a teenager.

What’s next for you? When can we expect another banger?

I have been working on lots of new music and remixes during lockdown. The studios in the UK are open again, so it has been great to be back in the studio with some amazing artists and song writers. It is unreal to watch “Head & Heart” growing around the world and I am very excited for the future.