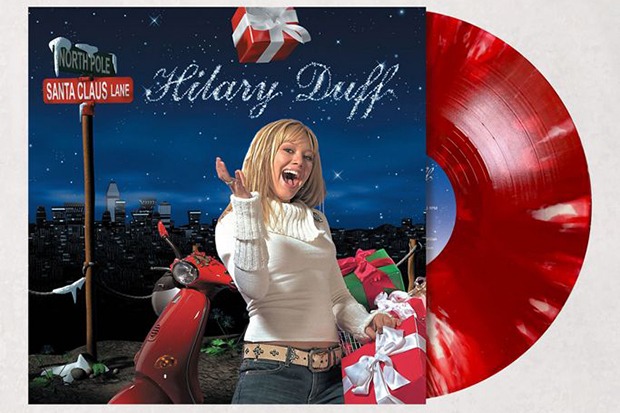 2020 has been a non-stop hell ride, but every now and again something good happens. Like Hilary Duff’s 2002 Christmas album, Santa Claus Lane, randomly being released on “red vinyl with white splattered accents.” An Urban Outfitters exclusive, the record arrives on November 6 and is available to pre-order now. And don’t worry, it’s the 2003 rerelease that includes “What Christmas Should Be.” It goes without saying that this is the festive gift that keeps on giving — for years and years to come.

Of course, Santa Claus Lane isn’t the first Hilary opus to appear on vinyl. Metamorphosis and The Lizzie McGuire Movie Soundtrack have both been reissued over the last couple of years. Can I suggest that Dignity gets the vinyl treatment next, closely followed by Breathe In. Breathe Out.? Both albums are underrated pop gems that deserve to be available on every possible format. While we wait for November 6 to arrive, revisit Hilary’s “Santa Claus Lane” video below. They sure don’t make ’em like this anymore!