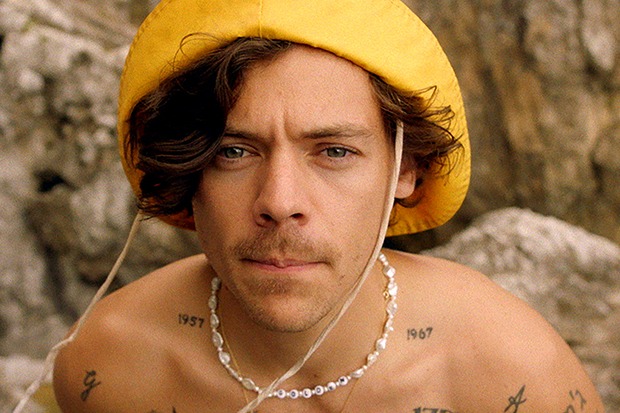 Harry Styles’ blockbuster 2020 is set to continue with the release of “Golden” as the fifth single from his all-conquering Fine Line album. Produced by Tyler Johnson, the sing-along pop/rock anthem is a no-brainer for radio. “Take me back to the light, I know you were way too bright for me,” the 26-year-old sings in the first verse. “I’m hopeless, broken, so you wait for me in the sky.” That takes us to the instantly catchy chorus. “You’re so golden, I’m out of my head and I know that you’re scared because hearts get broken.”

The former One Direction star has released a scenic visual for the song, which was filmed on Italy’s stunning Amalfi Coast. Directed by Ben and Gabe Turner, the video finds Harry running along picturesque streets, standing on rocks and diving into crystal clear waters. It’s the perfect accompaniment for the song and should help propel it up the Billboard Hot 100. The Brit has already landed two massive top 10 hits from Fine Line with “Adore You” and “Watermelon Sugar.” This has every chance of being his third. Watch the clip below.